Collapsed prices, a looming recession, calls for a development moratorium, halting federal action on emissions – the oil sands are under pressure on many fronts. In coming days, contributors will offer views on how Canada's energy sector can move forward in a changing world. Today: Our decarbonized future.

Ed Whittingham is the executive director of the Pembina Institute. He holds an International MBA from York University's Schulich School of Business, where he specialized in corporate sustainability and international business.

The financial challenges oil sands producers are facing have a way of putting things into perspective. This time last year, the sector was booming. Prospective customers and investors were courted with swagger. Then, in September, the price of oil plummeted and unemployment rose in Alberta. Last week, the Canadian Association of Petroleum Producers revised its production forecasts downward, signalling slower-than-anticipated growth. A provincial recession is in the cards.

But there's an upside to this downturn. As production slows and companies ease expansion plans, it's an opportunity to take a sober look at how the oil sands sector can position itself to compete in a changing, carbon-constrained global market.

The oil sands – a high-cost, high-carbon source of energy – pose investor risk in a world moving toward cleaner, more efficient, and lower-carbon sources. In the short term, sluggish growth in China, Iran's re-entry into the oil market and recovery in Iraqi oil production suggest that lower prices may be here for a while. Over the long term, global demand could be constrained by the shift to smart urban planning, bottom-up mobility solutions (such as Car2Go), a tripling of vehicle efficiency, the shrinking cost of electric vehicle batteries, and growing investor fears of "stranded assets," prompting fossil fuel divestment.

What if oil consumption flatlined, instead of growing from 90 million barrels a day to upward of 120 million by 2030? If that happened, oil prices could stay low for the foreseeable future – bad news for high-cost projects planned in the oil sands.

Meanwhile, the case for action to avoid dangerous climate change grows stronger. No executive I know takes pleasure in three to four degrees of global warming coming as a byproduct of his or her shareholder allocation. Many oil and gas companies now call for a two-degree warming policy, internally price carbon, and aim to produce the lowest-carbon barrel of oil possible. This is admirable. But even if oil and gas companies could take 100 per cent of greenhouse gases (GHG) out of the production process – and that's hard to imagine any time soon – the overall GHG savings would not be enough given that most of emissions happen at the point of combustion. We simply need to burn a lot less oil.

Many in Calgary now quietly acknowledge that the odds of a type of production growth envisioned recently – upward of six, seven or eight million barrels per day – are now remote. It means we now have the opportunity – and the need – for a new business plan based on responsible development that respects the inherent limits of natural systems, the well-being of Alberta's workers, the health of First Nations communities and the requirement for stable jobs and prosperity. A credible, science-based business plan would be built around these metrics, setting our oil and gas companies up to enjoy higher levels of public trust and long-term resiliency as they gradually make the transition away from fossil fuels.

Achieving this vision, however, requires a paradigm shift for an industry that is based on a high-growth model, but needs to make the move to – dare I say it? – the mindset of a rapidly maturing industry.

Toward a new paradigm

A truly science-based approach to oil sands development requires changes to current practices, both by the industry and the government bodies that oversee it. It requires enforcing the good rules and regulations that exist and making new laws where existing ones fall short – as they do on carbon pollution.

Reducing emissions is the critical component of any blueprint for making the industry more resilient. This requires gearing production toward a level aligned with Canada's international climate commitments and credible third-party assessments of how much fossil-fuel production can be sustained while maintaining a stable climate. According to the International Energy Agency's 2010 report, which looked at demand for the oil sands under various scenarios, the sector would still be supplying energy in a world that is serious about cutting carbon pollution, but at lower production volumes.

A meaningful price on carbon pollution can improve consumption patterns and upstream efficiency. It can generate revenue used to balance government budgets or reduce corporate and personal taxes. Money should also be invested in clean energy initiatives to further diversify the economy.

Energy producers are already preparing for the time when managing carbon pollution will be incorporated in the cost of doing business. Earlier this month, the heads of Europe's top oil companies published a letter in support of carbon pricing; the CEO of Suncor made a similar appeal last week, citing a well-designed carbon price as a key to creating certainty and helping the oil sands industry compete in the longer term.

In tough times, such proposals can be dismissed as impractical. But imagine if we applied that thinking to any other industry: Would we tolerate fewer safety checks for airlines when ticket sales are down?

It's nonsensical to argue that rules should only apply during good times. And it's certainly not in the sector's interest.

In the past decade, the environmental effects of oil sands production have repeatedly made headlines around the world. Those effects have been a direct result of lax enforcement and poor choices by producers. This international scrutiny has ultimately been good for the industry, creating an incentive to improve environmental standards and practices. And just last week, the leaders of the world's top economies pledged to phase out fossil fuels entirely by the end of the century.

If, as Robert Frost once wrote, there's no way out but through, then oil sands producers will need to rethink their business strategies to compete – not just in the immediate future, but in a world where low-carbon energy has the competitive advantage. Those who are successful will be known for their innovation, environmental leadership and resiliency.

Market signals such as the current economic downturn provide a make-it-or-break-it opportunity for the oil sands sector to change course. Let's not waste it. 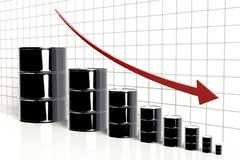 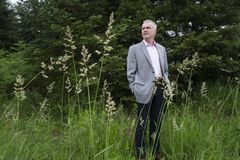 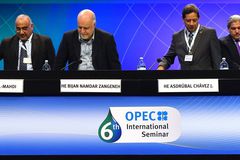 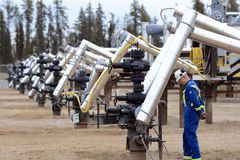 How the NDP's tax increases could affect the Alberta economy
June 16, 2015 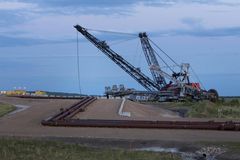 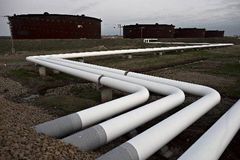 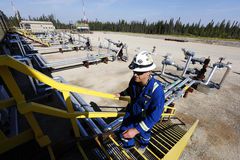 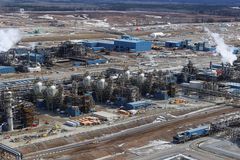