This Christmas, I received a record player as a gift. Incredibly, it was one of the most popular gifts of the season. Is this because consumers are increasingly nostalgic for a different era? No, that's not my take. I believe this resurgence is more about the experience vinyl offers. For me, that's choosing a record, setting it up on the record player and carefully aligning the needle on the edge. It involves you in the music in a way a smartphone can't – and, for some, it also makes for great Instagram.

When vinyl started to come back, market analysts expressed both surprise and skepticism that it would last. But what they're realizing is that this revival points to the future, not the past, and extends far beyond music. They're realizing that experiences matter – and matter a lot to millennials, who are reaching their big spending years. That's good news for retailers.

While at Canada Post, I have seen the transformation of retail from the front row. For some retailers, such as artisans on Etsy, the mom and pops on Shopify and, of course, the likes of Amazon, the digital era has ushered in a bounty of opportunities. We, too, have been able to redesign our parcel business to thrive in the e-commerce market. But, for many others, the digital era has brought competitive challenges and a struggle to remain relevant.

Now, however, new forces are coming together. Massive shifts in demographics, the millennial push for quality of life and advanced technologies are combining to create a brand-new retail opportunity in experience-based selling. I believe this market is not only huge but hugely underexploited.

The question is: Can retailers smartly pivot their business models to capitalize on it?

Unlike their predecessors, millennials are never going to spend their days hunting for the bare necessities. Alexa can take care of that. Even their mattresses arrive in a box.

Instead, they can and are spending their weekends hunting down interesting, social-media-worthy experiences that combine entertainment, dining, socializing, outdoor sports and a bit of browsing (read: show-rooming).

Companies that understand this behaviour can position themselves to capitalize on it. Just look at Snakes & Lattes. This Toronto board-game café, which asks you to keep your smartphones out of sight, has emerged as one of the hottest places for millennials in the city.

Traditional entertainment go-to places, meanwhile, are starting to experiment with how they, too, can grab hold of the trend. Movie theatres, for instance, are launching VIP cinemas and rec-room-style models. If the entertainment industry can reposition itself to serve experience-hungry millennials, it has much to gain – and so does the grocery industry.

The next food revolution

Clipping coupons and walking the aisles of grocery stores for weekly staples just don't cut it as worthwhile experiences nowadays, and this should serve as a wake-up call for traditional grocers.

Wal-Mart and Amazon understand better than most the millennial desire to be freed from these mundane tasks. They have already attacked the SKUs stocked in the middle aisles of a typical grocery store containing tea, coffee, spices, vitamins, cookies, sunscreen, toiletries, etc. More and more, these items are bought online.

But grocery stores are also contending with another growing trend: meal kits. This segment is filling the dual desire for both convenience and real, healthy food. They have found a way to offer one without sacrificing the other, and it's forcing grocers to rethink their business models.

But when it comes to launching a competitive online channel, the fix can't simply be acquired. Grocers face logistical issues with delivering fresh produce, dairy and frozen items right to the customer's door. So far, they've responded by asking customers to order online and pick up their orders outside the store. Is this the future – or is there a better model?

Facing their own set of fundamental issues, food courts will need to think about finding new homes as malls struggle.

Is it time to try a few new-format concept stores that can entice customers to come inside and experience Canada's diverse culinary experiences? Is there a model that can combine online and bricks-and-mortar shopping while solving the problem of hard-to-ship items? Customers can use their dining visit to pick up fresh, dairy and frozen items in a frictionless environment of smartphone checkouts and no lineups. For those looking to have everything delivered, they can fork out a small fee for Instacart or DoorDash to bring the stuff to their door.

I am also watching another major trend that involves how retailers are looking to better connect with their customers. For instance, retailers are increasingly questioning how people respond to digital versus physical pieces of marketing. After almost a decade of trying every possible trick in the digital-marketing book, brands have smartened up to fake ad clicks, ad blockers, bots and click farms.

Brands are now more likely to return to an authentic conversation with their customers that may include face-to-face talks or a highly personalized catalogue.

This is the driving force behind Ali Asaria's second Canadian startup, Tulip Retail (his first, well.ca, a wildly successful e-commerce venture, was recently sold to a major Canadian drugstore chain).

Asaria builds retail software for major brands that equips sales associates with more information and insight into not only the products and stores they represent but also the broader market. It allows sales associates to offer their customers a more valuable in-store experience and to potentially reduce the propensity for show-rooming.

While we know what retailers need to do, a question remains: Can they do it? If there's hesitation about the answer, then I suggest people look at Eaton's – an old example that couldn't be more relevant today.

After decades of growing its mail-order business, Eaton's realized its customers were longing for a new relationship with its brand. So, in 1930, it opened one of the most innovative stores in Toronto, a seven-storey wonder designed by French architect Jacques Carlu, with a 1,300-seat auditorium for VIP customers and a foyer designed in the style of a luxury ocean liner. It transformed shopping from a mere transaction to a revolutionary experience. Sound familiar?

Although Eaton's College Street store closed in 1975, the seventh floor stands as a reminder that retail has always been fragile, it has always been disrupted – and it's happening yet again.

But will today's retailers embrace the new world fast enough? Will they face the music – or will they allow Alexa to eat their lunch one meal kit at a time? To quote former dot-com executive Seth Godin, "the battle for shopping is over and Amazon won." True, Amazon has mastered the convenience button. But I believe the battle for experiences is just getting started.

Deepak Chopra is President and CEO of Canada Post.

Opinion
Still signs of life in retail despite the dawn of the zombie mall
December 18, 2017 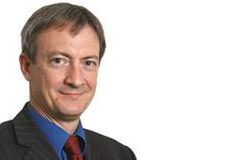 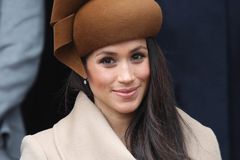 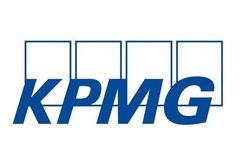