Daimler's annual general meeting in Berlin on Wednesday was a landmark occasion, as shareholders approved the biggest dividend in the company's history. But it was also notable for another reason: A food fight. That's not a metaphorical one – but a real buffet brouhaha that saw the police called after a woman got into a tiff with a man grabbing sausages to take home, as Bloomberg reported.

The company had about 12,500 wursts on hand to feed the 5,000 shareholders at the AGM, spokeswoman Silke Walters said. That works out to about 2.2 per person, and our sausage snagger apparently was claiming far more than his fair share.

According to Mr. Walters, the verbal fight escalated and the woman wanted to make a formal complaint for slander, the Guardian reported.

Daimler board chairman Manfred Bischoff said: "We had to call the police to settle the matter."

There's been no charges laid, or any other word on the matter from German prosecutors. That's probably because "name calling" and "assault with a processed meat product" aren't actually listed in the country's criminal code.

Next year might be more peaceful if Daimler doesn't goose the dividend as much and instead spend the savings on the buffet.

They take their cookies pretty seriously in Britain. Oh, sorry, I mean "biscuits." As Disclosures wrote last month, flooding in the north of England that forced the closure of a biscuit plant sparked a supply shortage, prompting emergency flights of cookies from Dubai. (Not the most likely seeming place for stockpiles of cookies, but there you go).

This week, a case heard in Cardiff Crown Court in Wales drove home the fact. While more conventional heists concern jewels or cash, in this one a gang stole a truck from a Burtons biscuit factory in the county of Gwent and made off with £20,000 ($37,000) worth of cookies, Foodmanufacture.co.uk reported.

One of the Gwent gang of five (who were all actually from Liverpool) posed as a delivery man and drove off from the factory without producing the necessary paperwork and so raising the alarm with security.

All five were caught, charged and convicted, with the judge handing out prison terms ranging from 16 to 44 months. The biscuits weren't recovered.

One of the men seemed to take his sentencing in good stride, though. He was reportedly overheard saying to some court spectators: "Would you like a biscuit?"

Clicks are so yesterday

While he didn't find a fly in his soup, Paul Price did come across a bug in the app.

The British computer security researcher came across the flaw in Domino's mobile app that allowed him to place pizza orders and fool the system into thinking he had paid for them. He discovered he could simply rewrite some code and complete his order with a made-up Visa number, according to a report in Fortune.

He then contacted the pizzeria just to confirm were actually making his pizza. When the order arrived, honesty (and perhaps the threat of fraud charges) compelled him to tell the driver something was wrong with his Visa so he was paying cash instead.

But now Domino's has really upped its game when it comes to its mobile ordering operations. We've all experienced the sheer drudgery involved in ordering a pizza, selecting ingredients, providing a delivery address and form of payment. It's enough to make anyone's fingers too exhausted to hoist a slice.

Now with the latest innovation, that nightmare is a thing of the past. With Domino's new app, your pizza is on your way to you with zero clicks, as Business Insider reported Wednesday. You register your preset pizza choice. Then whenever you feel like one, just open the app. You now have 10 seconds to click "no", otherwise your order is in the oven. In other words, ordering a pizza is now the default option.

Fast food has reached a pretty notable milestone, or nadir, when it's just assumed you want a pizza unless you explicitly say otherwise.

Daddy of all puffer jackets

Sales of cold-weather winter jackets have taken a beating this mild winter, but the burgeoning niche of luxury brands such as Canada Goose and Moncler have managed to weather the slump quite well.

Canada Goose jackets start at about $650 and run up to more than $1,000, while for the puffy down-filled winter jackets made by France's Moncler, you'll have to plonk down $1,150 (U.S.) for the cheapo hooded version. You'll be paying $2,225, if you really want to show off, as Drake does in his video for Hotline Bling (which looks as much like a Moncler ad as it does a music video.)

So the high-end jackets raking in big-time money need to protect their reputation an the inevitable onslaught of cheap Chinese knockoffs. To do so, Moncler is going high-tech, as Quartz reported Tuesday, with a radio frequency identification (RFID) chip that will allow buyers to authenticate it through an app.

That's right, if you're see a Moncler that's maybe on sale, or has a price on the low-balled side, just whip out your phone and see if it's the real McCoy. And while you're at it, why not order a click-less pizza?

It looks like a pretty slick bit of marketing. The 1-minute-50-second We Are Rhode Island marketing campaign ad extolls the virtues of the little state whose new slogan is "Cooler, but Warmer."

Huh? Don't worry, if you didn't get that slogan, you're in good company. Pretty much nobody did. The idea is that the state is cooler (as in hip), but warmer (as in friendly).

But the high-profile campaign got into hot water in definitely unexpected ways. The first, which really shouldn't have been so surprising, was that the state had splashed out $5-million (U.S.) on the campaign. That fact was received by some taxpayers in a way best described as cooler, rather than warmer, as the New York Times reported.

But the worst press, and the greatest ridicule, was reserved for the fact that some shots of restaurants in the video were actually establishments in Massachusetts and, even better – a skateboarder is seen doing his thing against the background of a cool-looking building. Problem was that the building was from another island: Iceland.

The fiasco went all the way to the top, forcing Governor Gina M. Raimondo into emergency mode, announcing that the state would nix the slogan and revamp the campaign. And chief marketing officer Betsy Wall fell on her sword, as the Boston Globe reported.

On the bright side, the smallest U.S. state will recoup the $120,000 it spent on the video with producer IndiWhip taking full responsibility for the "editing mistake." They did, however, point out that the skateboarder in the Iceland shot is from Rhode Island. So that's okay.

And no disrespect to Rhode Island intended, but Reykjavik definitely looks cooler than the Providence. Sorry. 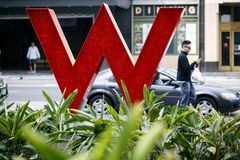 Business oddities: The pub crawl with a paycheque
March 24, 2016 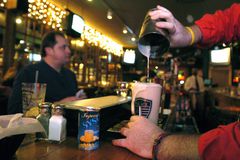 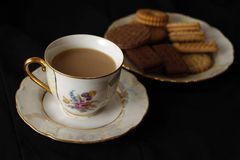