If you can find a parking space within a reasonable hiking distance from the entrance and manage to evade rampaging monkeys by the front door, the worst is yet to come when you enter an IKEA store.

Psychologists say the IKEA shopping experience can be a bellwether of the chances a relationship can survive.

"So many couples mention fighting while shopping at IKEA or while assembling what they buy there" that therapists have started using the retailer as a way for their clients to communicate, The Wall Street Journal reports.

San Diego therapist Ramani Durvasula told the newspaper she asks couples to assemble one of the chain's often unpronounceable items of furniture to test their commitment to each other.

"The store literally becomes a map of a relationship nightmare," Ms. Durvasula says. And beware if you're thinking of buying a Liatorp. She refers to the massive and complicated entertainment centre as the "divorcemaker."

The couple are still together three months on, but Mr. Mele doesn't use the IKEA names – Bjursta and Bekant – for the furniture. He calls them Terrible and Misery. "I'm never going back there."

Champagne for your sweetheart

Searching for a really old bottle of champagne to impress your friends?

Three bottles in a cache retrieved from a ship that sank in the Baltic Sea 170 years ago were put to the test in a scientific study published by the National Academy of Sciences of the United States. The main finding was that the champagne produced by the famed houses of Veuve Clicquot Ponsardin, Heidsieck and Juglar contained about three times as much sugar as modern champagne.

The mother of all stock crashes?

The Shanghai Stock Exchange experienced a sort of Y2K moment on Monday. After trading on the exchange hit a new high with shares worth 1.15 trillion yuan ($225.22-billion Canadian) changing hands, suddenly the index display boards showed a bunch of zeroes, the International Business Times reported.

A monumental crash in stock values? No, no, exchange managers told the Hong Kong Standard. "This is a software configuration issue" with a computer system unable to display so many digits. Investors were assured that trades and stock prices were unaffected.

Too bad. There could have been some serious money to be made for fleet-footed short sellers.

"It's every bit as grisly as people might have thought and more."

- "Drastic Dave" Lewis, CEO of Britain's biggest retailer, Tesco, on the grocery chains largest ever annual loss of 6.4 billion pounds, one of the biggest in British corporate history.

Technically, it was murder

Thirty-seven-year-old Lucas Hinch was apprehended in Denver on Monday after ending a long-running dispute with eight shots from his 9-mm pistol. The victim? A Dell XPS 410.

"He got tired of fighting with his computer for the last several months,"

Lieutenant Jeff Strossner told a local newspaper. "He was having technology problems, so he took it out in the back alley and shot it."

Despite receiving a citation for discharging a firearm within city limits, Mr. Hinch appeared to have little regret for the demise of his computer.

"It was glorious," he told The Los Angeles Times. "Angels sung on high."

Techniques to cut stress and improve performance
May 12, 2018 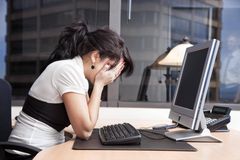 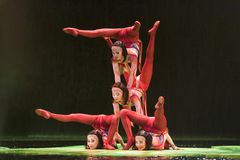 British retailer Tesco reports $9.5-billion loss as it writes down value of properties
May 12, 2018 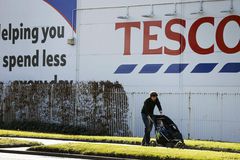