Doug Steiner is a contributor to Report on Business Magazine.

In 2009, I interviewed a very bright and aggressive engineer who was about to leave one of best trading jobs on Bay Street. After asking what type of trading he did, he said quietly, "Derivatives and managing the Delta1 book for the bank." I was shocked. "Delta1?" I asked. "I thought they shut that trade down years ago." They were still doing it.

It's now 2015, and for nearly 30 years, Canadian dealers and banks have been playing a cat-and-mouse game of "risk-free" dividend capture to lower their taxes. I know about the Delta1 trade because years ago a small group of us "architected" it in what we thought was the perfect business: corporate tax arbitrage. Our clients were our employers, the bank-owned dealers and our largest public corporate customers. We were the highest-paid guys on Bay Street.

Our goal was simple: As a profitable public company, you pay corporate income tax. The Canadian tax act is fair and tightly worded. But if you are a clever Canadian with good legal advice, you can mix a few things together and end up with a lower tax rate by using interest deductibility, corporate dividends and a little financial engineering to lower or even wipe out a company's tax bill.

That era came to an end with the latest federal budget, which contains specific provisions to eliminate the availability of certain deductions to gain a lower tax rate. The Delta1 trade is officially dead.

It's taken a long time to close it. Nearly a decade ago, the U.S. government had already investigated the size and scope of tax arbitrage and written a detailed report on the activities of a number of dealers and hedge funds actively promoting, selling and executing these strategies.

Any Canadian personal taxpayer can borrow money where the interest is tax-deductible and then buy Canadian dividend-paying stocks. Those dividends attract an income-tax rate that's about half of the earned-income rate. But the government's thumbs-up on this type of tax reduction is backed by the notion of taking risk. Sometimes, your investments decline in value.

Enter the trading wizards. Public companies can make the same trade: Borrow money and buy Canadian dividend-paying securities. But as a public company, the tax rate on dividend income from other Canadian companies is zero. If you could remove the risk of the stocks you're buying going down, then you could still have the ability to deduct the interest and get the dividends tax-free. Then you can lower your tax rate by as much as feels comfortable.

Here's how the deal works.

First, you need a trading buddy. Canadian (and foreign) pension funds hold Canadian dividend-paying stocks. In fact, they receive all income tax-free until the pensioner gets it as a payout. So the transaction is structured like this:

Over time, the bank receives the tax-free dividends, deducts the interest used to buy the securities and also gets to deduct the cost of the IOU payments. The payments it gets from the two-way IOU are matched with any decline in the portfolio. The risk of ownership is essentially gone, but the tax deduction remains.

The federal Department of Finance has known about and been monitoring this activity for well over a decade. When asked to curb this activity a while ago, banks were aggressive enough to point out that they actually did lose some money on these transactions – Lehman Brothers Holdings Inc. and AIG went under and some the IOU payments weren't made. The banks had a point – they did lose some money, making the trading legal. But it was never enough money to make them stop.

What had started in the late-1980s as a way to make some extra dough for dealers and their public parents to occasionally "fine-tune" their tax rates had morphed over time into dedicated, highly compensated trading teams that were purpose-built to reduce corporate taxes. Some of the trading strategies eventually came so close to violating the tax act that some of the big Canadian pension funds lowered or even stopped their participation in these programs.

It's been a monster business. Estimates put the value of investment in these trades in Canada at around $80-billion. A back-of-the-tax-form calculation shows that a conservative 10-per-cent reduction in corporate taxes with this strategy has cost Ottawa more than $2-billion a year in lost taxes.

So the hush-hush "Delta1" books will get unwound over the summer. After a quarter of a century, the feds have shot the Delta1 strategy behind the shed. The government – the public – really needs that extra tax money that was legally captured by these strategies.

One final thing: Only a math geek who trades derivatives gets the irony of the "Delta1" name. The Greek letter "Delta" is used by quantitative analysts to determine the rate of change on a hedged compared to a securities portfolio. A "delta" of 0.5 means that when your portfolio changes in value, the hedge covers for half the losses – if the portfolio you're trading is matched by a correlating offset hedge that matches the trade with an R-squared of 1.00, Delta1 is really "code" for no risk.

How to garner greater rewards at tax time with incorporation
April 29, 2015 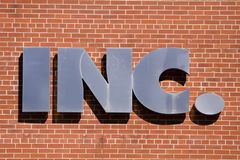 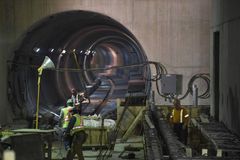