Re Is the income gap growing? It depends who you measure (July 30): Christopher Sarlo writes about a Fraser Institute study he co-authored. The study has serious flaws.

First, it uses an income definition that deducts the income taxes paid on capital gains but does not include the capital gains that correspond to those taxes. This incorrectly adjusts downward the after-tax incomes of those with capital gains, who tend to be affluent. Second, its chosen data source is the Survey of Labour of Income Dynamics which, as shown in a 2007 Canadian Journal of Economics paper that it does not cite, tends to underestimate inequality because it misses people in the tails of the distribution (including the top 1 per cent). Hence the study underestimates inequality and its increase. The authors write, "Too often, improper measures of inequality are used to arrive at results supportive of an advocate's pre-existing position." It may have happened again. Mike Veall, Dundas Ont.

Re How a high-flier angered Bay St. (Aug. 4): I was dismayed by this report. I practised business, including securities, law in Toronto for 50 years. It reminded me of "pump and dump" and similar schemes in the bad old days of the 1960s and later at the former TSE. Such schemes used the lax standards of the TSE "Mining List," since abolished. The TSX's current ventures unit seems clearly to have been used likewise in this promotion.

Where were "lock-ups" for the control blocks of the promoters? What disclosure was made to the original qualified " wealthy and institutional" investors and, more importantly, to the public ones, before the exchange permitted trading? What serious diligence was done and protection provided by the underwriters?

In those past times, the TSE was seen by many as a virtual casino. Reforms and modern securities laws chased away unscrupulous promoters and underwriters, many to Vancouver's exchange (then a real casino) and, after its reforms, to Australia and poorly regulated parts of Europe.

The TSX has now consolidated all principal Canadian exchanges. It must now act to prevent Canada's and its own reputations from sliding back into such dark days. Michael Robinson, Toronto

Re Some vital perspective on the economic record (Aug. 5): Gwyn Morgan complains that the media failed to provide perspective in its reporting on the Parliamentary Budget Officer's forecast that the government's projected surplus may become a deficit by not pointing out that the deficit was insignificant as a percentage of the total budget. He should read The Globe and Mail more carefully. I have read many articles there to the effect that a small deficit is of no economic consequence and that a deficit might actually be a good thing. The real point is the Harper government is trying to get re-elected on the basis that it is the best economic steward and it is ensuring there will be a surplus this year. If that turns out not to be the case, you can hardly blame the opposition for taking the government to task on this issue and the media for reporting that. It is Mr. Morgan who lacks perspective by apparently not realizing that this is a political story, not an economic story. As for an economic perspective on the Harper government's performance, Mr. Morgan should read the recent study by Jim Stanford and Jordan Brennan of Unifor, which compared the economic performance of every government since the Second World War and concluded: "The Harper government ranked last or second last in 13 of the 16 indicators used." Adam Plackett, Toronto

Irony on the farm

Re Anxiety pervades Quebec's dairy farms as TPP talks heat up (July 31): Isn't there something ironic that Sébastien Robert, who gets regular weather checks on his iPhone, wishes import quotas and tariffs to remain in place for his dairy products when similar import quotas and tariffs do not force him to use a BlackBerry product from Waterloo? Canadians should receive the benefits of a more open market in dairy, eggs and poultry the same way Mr. Robert has with his smartphones. Tim Runge, Guelph, Ont. 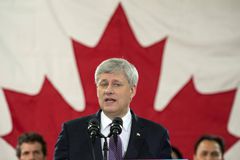 Saputo says it can adapt to any Trans-Pacific trade deal
August 4, 2015 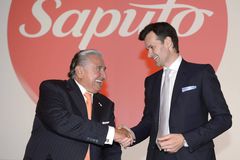