Today, Bombardier is a $16-billion high-technology company on a growth path to $25-billion by 2020. We are the largest industrial company in Canada, the flagship of the Canadian aerospace industry and we employ more than 66,000 people. We compete around the world. More than 80 per cent of our revenue is generated from sales outside of Canada and we conduct business in more than 70 countries.

Bombardier's ability to compete and win in a very competitive global market depends on our ability to attract and retain a world-class leadership team; a team headquartered in Montreal and comprised of the very best Canadian and global talent. Recognizing that we are competing for talent with companies around the world, over the past few years we have reviewed Bombardier's compensation policies to better reflect the global nature of our business. And, it does. We know this because we benchmark our executive pay structure against other public companies of a similar size and scope; the companies that we compete with for the best talent.

Another guiding principle for setting senior executive compensation at Bombardier is to align pay with performance; performance that creates shareholder value. For our senior executives, the vast majority – 75 per cent – of their compensation is not guaranteed. Rather, it is based on achieving specific short– and long-term targets; about 22 per cent for short-term goals and 53 per cent for achieving long-term objectives. One specific example, which has not been reported in the media, is that more than half of the $32-million in senior executive compensation listed in our 2017 Proxy Circular is conditioned on the company delivering improved performance for at least the next three years. If the company does not perform, if it does not increase its share price and create value for our shareholders, this money will never be paid.

But we hope that it is. It will mean that Bombardier has created billions of dollars in value for our shareholders, secured the future for one of Canada's leading industrial companies, preserved thousands of high-quality jobs, and significantly increased the value of Quebec's investment in the C Series and CDPQ's investment in our rail business. It also means that Bombardier will be able to continue to be a leader in supporting research and development at universities across Canada.

Much has been written about the year-over-year increase in compensation for our senior executives (i.e., 2015 vs. 2016 compensation). This comparison is inaccurate as it fails to account for the fact that all six senior executives listed in our Proxy Circular joined the company or assumed new positions at various times between February and December, 2015. This means the 2015 compensation numbers were for a partial year of employment, while the 2016 numbers reflect a full year's compensation. Directly comparing the two numbers is inappropriate and misleading.

Furthermore, by any objective measure the Bombardier leadership team had an exceptional year in 2016 – delivering results at the high end of our financial guidance and meeting all program commitments. For example, the company successfully certified and placed both models of the C Series into service, and greatly improved its backlog with the Air Canada and Delta contracts. The Global 7000 business jet also achieved its first flight and remains on schedule to enter service next year. These, and many more accomplishments, have positioned Bombardier to deliver strong, sustainable results for the future.

As the chair of Bombardier's Compensation Committee, I am confident that our compensation practices are sound. They reflect the global nature of the business and our need to attract and retain the very best Canadian and global talents. 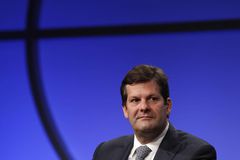 Compensation to Bombardier senior executives rose nearly 50 per cent last year
April 14, 2017
Follow us on Twitter @globeandmail Opens in a new window
Report an error
Due to technical reasons, we have temporarily removed commenting from our articles. We hope to have this fixed soon. Thank you for your patience. If you are looking to give feedback on our new site, please send it along to feedback@globeandmail.com. If you want to write a letter to the editor, please forward to letters@globeandmail.com.
Comments