Re Hydro-Québec's quest for the 'God Battery' (Feb. 6): Hydro-Québec is a public utility, fully funded by the taxpayers of Quebec. Research in any area other than the generation and distribution of bulk electricity should be terminated immediately. All monies currently spent on battery and other pie-in-the-sky research should be put toward reducing electricity rates for Quebec residents. As mentioned in the article, there are dozens and dozens of private firms around the world, funded by voluntary investors, carrying out 'God battery' research – and that's the way it should be. Peter Lewis-Watts, Barrie, Ont.

Too good to be true

Tim Cestnick's recent three-part series on leveraged investing outlines the strategy's lure and potential pitfalls, but fails to mention that leveraging offers no upside when paired with low- or medium-risk investments. Its only hope of being profitable lies in using higher-risk products, increasing both the likelihood and magnitude of losses. And these structural risks really can't be mitigated.

His key touchstone is an example using an 8-per-cent rate of return. That's not realistic for balanced portfolios today. The Financial Planning Standards Council's 2015 projection-assumption guideline for balanced portfolios is 3.25 per cent. At that rate, leveraging's upside completely vanishes – leaving nothing but the risk of loss magnification and the risk that a rise in interest rates will push the investor's break-even point higher while simultaneously knocking down the value of equities in their portfolio.

None of the series' mitigation suggestions addresses this problem. In particular, it's no use turning to segregated funds. They charge high fees for their capital-repayment guarantees, so their net performance lags other funds, and those high costs will just push the leveraging strategy's break-even point further out of reach.

The notion that you can safely and reliably accumulate wealth by using (i.e., borrowing) other people's money is simply too good to be true. Neil Gross, executive director, FAIR Canada

Re Money 101: Three things every teen should understand about money (Feb. 5): Tim Cestnick got it right when he said that "no one is learning much about money at school." I'm 25 and at the stage of life where many of my peers are in the process of purchasing new vehicles and houses, dealing with student debt, contributing to retirement savings and generally trying to manage life's big financial decisions for the first time. Unfortunately, many of these decisions are proving difficult and stressful.

This is largely because no one learns the basics of personal finance in school. Instead, everyone has to learn from their own costly mistakes. What if we were taught in high school why savings are important, the basics of investing and budgeting, how to file income taxes? What if people had all the knowledge needed to make sound financial decisions the first time around? Anna Moat, Chesterville, Ont.

Re Six Easy Steps, Canada, For Better Tech Ecosystems (Feb. 2): As co-founder of a Toronto startup, let me dismiss a few myths. First, to suggest that government programs are overfunding in Series A financing in Canada is patently untrue. How can a Canadian company build the necessary tech team with a grant of $10,000? Peter Thiel's thesis that you need to align workers and evangelize them into the culture by means of sweat equity may have worked in 2005, but today's graduates rightfully want to be paid a salary. The problem is that Canada lacks the hybrid risk-taking philosophy associated with vibrant hubs such as Silicon Valley and Israel. Moreover, most venture capital (VC) investors in Canada are postrevenue investors. This is a direct manifestation of our lack of a risk-taking culture. When a startup is generating revenue, it can self-finance without VC money.

The second myth is that Canadian startups have not developed a collaborative community. But in Toronto alone, there are many incubators cross-pollinizing ideas and know-how. My own company has partnered with IBM in their Innovation Space and the positive feedback loop associated with this is incredibly collaborative and inspiring.

There are too many brilliant ideas coming out of Canadian universities that end up monetized and scaled up abroad. We must invest at the early stages to ensure global scalability and commercial viability. Gregory Melchior, CEO and co-founder, 4D Virtual World

Letters to the editor should be exclusive to The Globe and Mail. Letters may be edited for length and clarity. Submit to letters@globeandmail.com.

Hydro-Québec on a research quest for the 'God Battery'
February 5, 2016 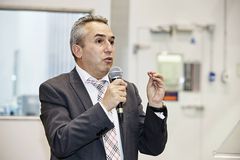 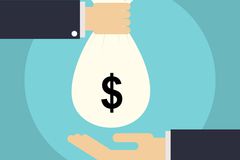 Money 101: Three things every teen should understand about money
February 4, 2016 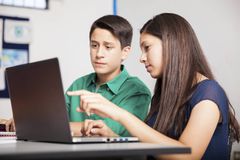 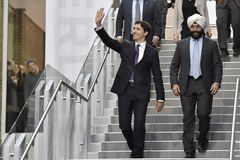