Re Sadly, the time isn't right for clean energy (March 21): Sadly, Mr. Reguly has missed the point -- and direction -- of the change happening in the electricity industry.

The change now facing the electricity sector is not one of 'Big Nuclear/Fossil plants' being replaced by equivalent sources of 'clean' generation. It will be a change where the present generation sources are enhanced, and eventually replaced, by a mixed plethora of localized generation and distribution technologies that more cheaply and efficiently match the needs and geographic advantages of local areas.

An honest accounting of the real costs of the present system would accelerate the move to localized renewable production; how much have Ontario and Canadian taxpayers really subsidized the nuclear industry? And how much will our children pay to clean it up? Over the four years since the Fukushima nuclear problem, Germany, Japan and Denmark have most rapidly moved toward a distributed model of electricity generation and distribution. And new ownership models, energy sources and grid connection systems are rapidly taking hold. Germany and Denmark have been pulling ahead as economic world leaders, Japan less so; but they have a very big mess to clean up.

The challenge is not one of technology but political will, and giving communities the ability to realize local benefit.

The only sad thing about the future of renewable energy is that the fossil fuel industry sees the end of taxpayer subsidies (last year, hardworking Canadians handed over a billion dollars of our money to the richest industry on the planet), and the end of its energy monopoly.

While Mr. Reguly is welcome to his opinion, Canadians can get more expert opinion elsewhere. "Acting On Climate: Solutions from Canadian scholars," written by 60+ Canadian scientists, engineers and economists, says otherwise. These experts agree it's time to put a price on carbon. A steadily-rising, revenue-neutral fee on carbon would collect money from industrial polluters and return it to Canadians to help transition to a clean energy economy that doesn't put our air, water and climate at risk. The cost to the fossil fuel industry may be horrendous, but the rest of us will be smiling all the way to the bank.

Re Canada should hold its nose and sign up for China's new bank (March 19): Carl Mortished is right that Canada should sign up for the Asian Infrastructure Investment Bank (AIIB) which is expected to be formally established by the end of 2015.

According to World Bank and the Asian Development Bank, the need for infrastructure investment in Asia is about $800-billion (U.S.) annually during 2010-2020, while no existing world or Asian financial institution focuses on infrastructure development.

The mandate of establishing the AIIB is to help mobilize much needed additional resources from inside and outside Asia to meet the needs of infrastructure development, improve connectivity, foster economic development and remove the financing bottlenecks faced by individual economies in Asia and promote regional co-operation and partnership by working in close collaboration with other multilateral and bilateral development institutions.

As an international financial institution, the AIIB will design its governance structure and operation policy following the principles of openness, inclusiveness, transparency, responsibility and fairness.

Canada is an APEC member and an important player of the Asia Pacific Region. Joining AIIB will inject more impetus into Canada's co-operation with Asian countries, which is in line with Canada's interests.

- Yang Yundong, spokesperson for the Embassy of People's Republic of China in Canada

Re Canada facing grim outlook for auto trade (March 25): In Oshawa, we are doing the hard work, with our partners, to build a competitive investment case for the future. All auto plants in North America must fight for investment today. And yes, we live in a competitive trading world.

In Oshawa, we are facing that challenge and working with our partners to build a case for both competitive auto assembly and world-leading auto engineering and technology for the future.

Let's innovate, design and build fuel-efficient, "connected cars" our customers want and need. That's the recipe for maintaining and building our trade advantage for the future. And that's what's happening in Oshawa.

Re Some advisers behaving badly with CRM2 on the horizon (March 18): Dan Hallett writes that he's aware of "disturbing trends" as advisors prepare for regulatory changes associated with the Client Relationship Model, Phase 2 (CRM2). Among the impending changes are enhanced disclosure requirements for mutual fund performance and fees beginning July 15, 2016. Mr. Hallett writes that he's been "told by a variety of sources" that many advisers are rushing to sell a "boatload" of mutual funds under a deferred sales charge (DSC) option. The facts do not support these anecdotal reports.

Comprehensive fund sales data show there has been a steady decline of funds being sold with the DSC option. At the end of 2014, assets in such funds represented 37 per cent of all load fund assets, down from 58 per cent in 2007. And this decline has occurred during the consultation, planning and execution phases of CRM2. Furthermore, while individualized reporting will be a feature of changes brought in on July 15, 2016, mutual fund expenses, fees, and dealer compensation are currently provided to investors in concise language in mandatory Fund Facts documents and in more detail in the simplified prospectus.

As to Mr. Hallett's claim that advisors are leaving the business, the Mutual Fund Dealers Association reports their numbers trending upwards over the last five years, with an increase of 713 advisors in the last year. The Investment Industry Regulatory Organization of Canada has seen their advisor numbers holding steady. 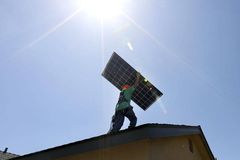 ROB Magazine
Are investors being set up for a letdown?
March 26, 2015 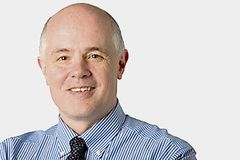