Canada needs more big businesses that can compete globally in every sector. We all know that – and the reasons why. What's less well known is this: we also need more women to lead those emerging global champions.

A wealth of research shows that investing in female entrepreneurs is a win-win for any national economy. McKinsey research has found companies with women in leadership roles outperform their industry rivals by 15 per cent. The same goes for startups. For example, First Round Capital found companies with at least one female founder outperformed all-male founding teams by 63 per cent over the past 10 years. Women tend to demonstrate leadership qualities that are critical to motivating teams and executing a vision – such as developing people, role modelling and participative decision-making.

Despite these clear benefits, Canada, as with the United States, has few female entrepreneurs leading large companies. Statistics Canada data show less than 10 per cent of companies with 100 employees or more are owned by women. Women-owned businesses are also not reaching scale as quickly or as often as they could be. Companies owned by women generate just $1.4-million in annual average revenue, compared with $3.3-million for their male-owned counterparts.

What's holding women back? Our research finds four persistent barriers. First, female entrepreneurs often struggle to find growth capital. This is an issue for any startup, but is especially acute for women who face additional challenges, such as unconscious bias and a lack of female investors. As a result, women receive less than 16 per cent of all venture-capital funding.

Similarly, women don't have access to the same networks, talent and expertise men do. They often know fewer people with business and technical degrees and struggle to find mentors and sponsors to coach them through the scale-up process.

A third challenge is a skewed "family economics" calculus when it comes to balancing family life with entrepreneurship. Women are still expected to shoulder the bulk of unpaid care work, whether for young children or elderly parents. This makes it harder and more expensive to juggle the relentless demands of raising children with the intense focus required to scale-up a business.

Underpinning these barriers are persistent social biases and attitudes that limit a woman's ability to develop business relationships and build trust. For example, recent research published in The New York Times and Harvard Business Review suggests that, to avoid any hint of impropriety, many men and women are reluctant to spend time together outside of work or even to have one-on-one meetings in the office. Such attitudes make it harder for women to benefit from building trust-based business relationships.

What can be done to help more women-owned businesses scale-up? Building on recent work by the Finance Minister's Advisory Council on Economic Growth and the Canada-United States Council for Advancement of Women Entrepreneurs and Business Leaders, we see four key ways business and government can help women entrepreneurs build their businesses – and shift our economy into the next gear.

First, more accelerators and professional networks should start tracking the number of women in their ranks and making these numbers transparent. Groups such as MaRS, Techstars and the Young Presidents' Organization have already committed to increasing women in their ranks – we applaud this action and encourage others to follow.

Next, any Canadian firm with a procurement department should expand its use of supplier-diversity programs that aim to purchase from women – and minority-owned businesses. More than 95 per cent of Fortune 500 companies in the United States have such programs in place and have seen excellent results. More Canadian companies should follow suit.

Third, public-sector procurement also has a critical role to play in overcoming the barriers to capital women face. The U.S.-based Women-Owned Small Business procurement program is one strong model. Once it implements its own version, Canada could consider linking its scheme to the U.S. program to expand access for women on both sides of the border.

Finally, Canada can build on its significant recent progress in enacting policies that help level the playing field for women. To continue to reduce the unpaid care burden, we should consider further initiatives to subsidize childcare or consider additional tax incentives to support working mothers.

Canada has many of the right ingredients to lead the world in scaling-up women-owned businesses. We have a strong social-support system with universal health care, 18-month parental leave and accessible education. We have inspirational female role models. We have a corporate community that is willing and eager to support women. Most importantly, our country is blessed with exceptional, entrepreneurial and talented women with global ambitions for their firms.

These four moves could go a long way toward helping more women shape their businesses into global heavyweights. It is time to seize the opportunity. 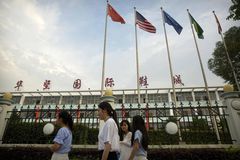 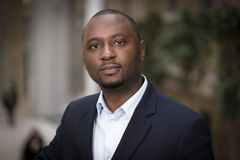