Mike Brown has been in venture capitalism for more than 45 years, with many successes. In 2004-05, he helped organize the Canadian Task Force on Early-Stage Financing.

Former Research in Motion co-CEO Jim Balsillie has expressed some strong opinions lately about improving Canada's record for commercializing innovation. Liberal Leader Justin Trudeau made waves during the federal election campaign by announcing that he would add $900-million to a couple of financial initiatives supporting innovation.

I, too, would like to weigh in – on the financing side.

We need to combine the mentoring efforts of private citizens with public and private incubators, and access to funding through the venture community. I believe that all these groups require a common objective: fostering management teams while enabling them to remain as independent as possible.

Here are six ideas for enhancing innovation in Canada:

First, fund only those incubators whose rewards are based on the success of their clients. The managers of incubators should also be entrepreneurs, and should be seeking the very best clients. Incubators shouldn't be service providers, but part of the chain of success. The best incubators will eventually raise capital for their own portfolios – a great way for a venture-capital firm to start.

Second, extend British Columbia's very successful venture capital tax credit (VCC) to the rest of the country, and to privately funded incubators. This 30-per-cent credit encourages individuals who have done it before to back those who would do it for the first time. They typically invest where their valuable experience can assist the new entrepreneur.

Third, persuade VC firms, perhaps by way of the federal VC Action Plan, to change their structure from one that favours opacity and false targets to one that encourages and enables success by building real companies. How? There are several ways.

Fourth, change the current taxation of employee share options, from the utter stupidity of levying taxes when options are exercised to the levying of taxes only when the exercised shares are sold. Yes, you read that correctly: If the value of shares has risen above exercise price when the options are to be exercised, then the Canada Revenue Agency levies ordinary income tax (at 50 per cent of the normal rate); if the shares are later sold at a loss, the resulting capital loss is not deductible from that tax! Truly incomprehensible, and totally indefensible.

Fifth, liberalize the definition of Canadian-Controlled Private Corporation compliance, which is required to get Scientific Research and Experimental Development tax credits. Today, even if there is no relationship whatsoever between non-complying shareholders, they are as a group treated as if they were one majority owner. The answer is to provide for non-related minority shareholders to get separated treatment. (This current CCPC rule, a bonanza for lawyers, speeds up the migration of Canadian companies to the United States.)

Sixth, a portion of the VC Action Plan should be in the same form as the Ontario Emerging Technologies Fund, which provides funds to early-stage Canadian technology companies on the same terms as a "qualified investor" (not necessarily Canadian). Under OETF, the costs are about 30 per cent of the VC Action Plan, the funds go immediately to companies and U.S. investors are encouraged to keep companies located in Canada.

I'm all in favour of tightening up the rules by which SREDs are accessed, but that program is one infrastructure feature available in Canada that really helps.

Finally, I recommend that the federal government set up a permanent task force composed of buy-side (investor) and sell-side (entrepreneur) members to provide specific advice on further collaborations. 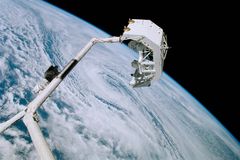 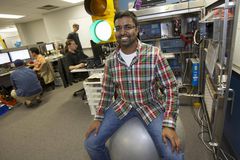