Dr. Sylvain Charlebois is a professor at the University of Guelph's Food Institute.

Much has been said in recent months about the future of Canada's supply management regime.

Simply put, our approach to supply management allows Canada to produce what it consumes in dairy, poultry and eggs while protecting our market with highly restrictive tariffs on imports. Our quota scheme, particularly in dairy, has come under fire as a result of recent trade talks with Europe and the Asia-Pacific region.

Regrettably, however, the public discourse on our dairy farmers' future overshadowed a troubling statistic. Statistics Canada's recently released data on retail sales show that per capita consumption of milk in Canada has fallen by 18 per cent to 74 litres a year between 1995 and 2014. Taking into account population growth, Canadians consumed approximately 20 million litres less milk in just one year, between 2013 and 2014.

As our domestic milk market contracts, few are suggesting ways to stimulate wearying domestic demand for what is arguably the most natural wholesome food product there is.

For one, demographics are generally working against the sector. Like many other industrialized countries, Canada is getting older. In fact, Canada has more than five million consumers who are 65 or older. With many boomers coming of age and converting to empty nesting, that group will either reduce its consumption of milk or outright eliminate milk from its diet altogether.

Then there is is ethnicity. Canada welcomes many immigrants from parts of the world where milk is not perceived as a food staple, as it is here. Milk is essentially a luxury product for many emerging markets. When migrants come to Canada, they bring along culinary traditions that often don't include milk. As new Canadians settle in and support future generations, these traditions can only negatively influence domestic dairy consumption.

Another phenomenon hitting the dairy sector particularly hard is the rise of veganism. The Dairy Farmers of Canada recently conducted a comprehensive survey and noticed that a surprisingly significant portion of the drop is due to consumers who believe that industrial farming practices are unethical. Even if this movement remains marginal, it would be a mistake for the dairy sector to not consider animal welfare as an important issue moving forward.

This may be surprising to some, but the reality is that the recent rise in food prices has eroded the food industry's impenetrability. More consumers are feeling that they are part of the value chain and can vote with their food purchases. Our collective awakening has been spectacular and has caught many by surprise, including the dairy sector. Both distributors and processors have been exposed to market pressures for years. Now, these systemic pressures are catching up to primary production. And yes, that would include dairy farmers.

We can always drink more milk and consume more dairy products to meet our daily recommended servings, suggested by our government-sanctioned food guide. But looking at the ensemble of systemic pressures, a strategy purely based on "selling" milk, like the Dairy Farmers of Canada's "Get Enough" campaign, is simply silly. Year after year, dairy farmers spend almost $100-million in advertising just to reinforce the fact that we need to drink our milk, as per capita consumption has continued to decline. Few agricultural groups can afford such a lavish campaign.

Meanwhile, many Canadians are slowly figuring out ways to get protein, calcium and other nutrients from other sources. Many consumers have opted for alternatives such as almond, soy and rice milk. Unless the dairy sector gets more creative, this trend will likely continue.

A significant shift is needed in Canada to better understand consumers. We have seen some innovation, but not nearly enough. Most new products have been developed to respond to supply-focused needs and relied on a push-driven strategy. Better analytics, better research and more market-based innovation can only lead to more prosperity for the sector.

Nobody knows, though, whether this can be achieved with our current supply management regime. The Dairy Farmers of Canada seem to believe that the current approach is appropriate, which is unfortunate. It will only lead to further market contraction and fewer farms. Since we have lost more than 108,000 dairy farms in Canada since 1970, perhaps it's high time for another approach.

Milk sales continue to slide as diets, society shift away from dairy
August 26, 2015 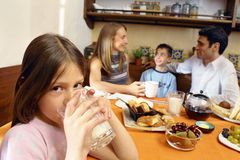 Milk prices are dropping, but not for Canadians
Subscriber content
August 21, 2015 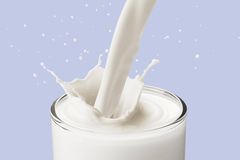 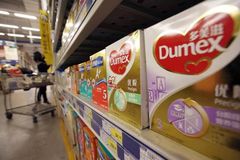