The irony is that good social policy is good economic policy. These streams are two sides of the same coin. Unfortunately, they tend to be treated by politicians, business leaders, the media and others as separate domains that run on parallel tracks with no link to each other. Nothing could be farther from the truth.

Take for example, the unemployment rate – typically considered a significant barometer of a country's economic health. Policy red flags begin flying when unemployment starts rising and remains high. Joblessness creates economic and social instability – for individual households and the nation as a whole.

The reality is that market economies go through cycles, with periods of stability followed by periods of slump and uncertainty. Canada has weathered these economic cycles, and even major recessions, largely because of our social-policy initiatives. Income-security programs, in particular, are vital economic measures. The problem is that most of these have withered and shrunk in recent years and are in need of major repair.

Why is social policy so important to the economy?

First, income-security programs act as household shock absorbers when times are tough. Employment Insurance, childcare benefits, public pensions and welfare are intended to ensure that all Canadians have at least some money to pay for necessities such as food, clothing and shelter.

Born out of the Great Depression, EI acts (at least in theory) as the primary shock absorber. Its purpose is to smooth out the ups and downs of economic cycles. Workers who become unemployed because of plant closures, economic downturns or seasonal employment may be eligible for this replacement income.

The problem is that the program eligibility criteria have become so tight that only four in 10 unemployed Canadians now qualify. Coverage is even lower in Alberta, Ontario, Manitoba and B.C.

There is something very wrong when the majority of workers cannot qualify for risk protection they have purchased. This social program is an integral component of economic policy and should have been part of the debate.

Second, income-security programs act as fiscal stimulus when the economic wheels start slowing. They put money directly into the hands of large numbers of Canadians, whose collective spending can jump-start our economic engine and help keep it running.

There is a very clear difference in federal party proposals on child benefits – basically paying a small amount to everyone, versus paying larger amounts to families that need it most. The crucial fiscal stimulus role of this program, not to mention its substantial contribution to child and family well-being, should have been part of the economic policy discussion.

Finally, certain income-security programs stabilize the economy by bolstering low wages. These earning supplementation programs are controversial, with many arguing that decent living wages should be employers' responsibility. In the meantime, millions of Canadians struggle on low and unstable incomes.

In 2006, Ottawa introduced a Working Income Tax Benefit aimed at the working poor, who make up about half of Canada's low-income population. But its maximum annual payment in 2014 – just $998 for single workers and $1,813 for families – is too modest to adequately compensate low wages. Moreover, its restrictive design has meant that minimum-wage workers in some jurisdictions, such as Ontario, aren't covered. The economic policy segment of the federal leaders' debate should have touched on this important but largely unknown measure.

Shock absorber, fiscal stimulus and economic stabilizer: These are all crucial roles of social policy and of income-security programs, specifically. They blow wind into the sails of the economy and help ensure a smoother economic ride.

While their vital roles are central to the country's economic health, they are relegated to the sidelines in most debates. An economic-policy discussion without its intrinsic social-policy component is definitely incomplete.

Canada Without Poverty’s Leilani Farha thinks we can end homelessness
May 15, 2018 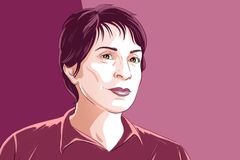 Opinion
How zeal for a balanced budget puts Canadian households at risk
May 15, 2018 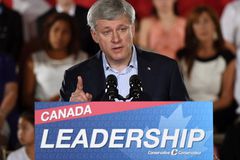 Opinion
Could an NDP government grow Canadian productivity?
May 15, 2018 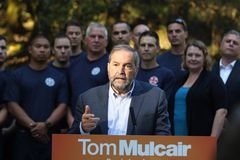