Paola Subacchi is research director of international economics at Chatham House in London.

The outcome of stress tests of European banks undertaken by the European Banking Authority confirmed a well-known fact: Italy's Monte dei Paschi (MPS) is Europe's most vulnerable bank with a potentially large capital shortfall in the event of a protracted recession. MPS has been on life support for years. In 2014, it was one of the nine Italian banks that the European Central Bank, in its comprehensive assessment, singled out as "failed" (a total of 25 banks across the euro area didn't make the grade).

Since then, MPS received approximately €8-billion ($11.7-billion) in fresh capital – and prior to that it was bailed out twice, using public money – but to no avail. The question now facing the Italian government is where (and how) to go from here.

A proposal to recapitalize MPS to the tune of €5-billion underwritten by a pool of investment banks is already on the table. It seems like a drop in the ocean given the bank's track record, but this time it comes with the suggestion of how to deal with the bank's €50-billion of gross non-performing loans. These will be disposed of into a special-purpose vehicle that will be then securitized for sale. The idea is to clean up MPS's balance sheet and remove liabilities that currently hang over shareholders, bondholders and depositors.

Under the new rules that underpin the establishment of Europe's banking union, governments can no longer bail out failed banks that pose a systemic risk to a country's financial stability (or, indeed, to the whole euro area, as we learned at the time of the sovereign debt crisis in 2011-12). Investors, as well as depositors, with more than €100,000 – i.e., above the threshold set by the deposit guarantee scheme – need to take losses before public money is poured in. In other words, the burden is shifted.

Until January, it was on taxpayers, who ultimately paid for any bank bailout (and the austerity programs in countries such as Britain that rescued their banks at the time of the global financial crisis epitomize this trade-off). It is now on investors: The idea is to privatize losses as well as profits, rather than expecting that losses be socialized.

This is fine in principle, but in practice it's another matter. Unlike other countries where bank shares and bonds are mainly held in the portfolios of large institutional investors – because they are deemed high risk – in Italy, these securities are in the hands of retail investors. Some were mis-sold these securities by their bank managers, who were under pressure to help raise money for their troubled banks. Data are scattered, but anecdotal evidence is robust enough to suggest that numbers are significant, making the government extremely careful about going down the route of a full-blasted bail-in.

In addition, the outcome of the decision to apply bail-in rules to four local banks last November is a tragic reminder of the personal, economic and political costs of rushed and badly implemented policies. A pensioner who had lost all of his savings in the bail-in died by suicide, while panic about the solidity of many banks began to spread among depositors.

Based on that experience, the Italian government has been very careful not to sleepwalk into a bail-in for MPS and has been trying to keep all options open. Prime Minister Matteo Renzi, who faces a difficult referendum on constitutional reforms in the autumn and the possibility of being forced to resign, is particularly careful to backstop MPS while containing, or even avoiding, losses to his key constituencies. Hence the solution of creating a "good bank" out of the MPS disaster.

Will it work? The devil is in the details – and these have not been explained with sufficient granularity to conclude whether the proposal of moving MPS's non-performing loans into a special vehicle is feasible. But if it turns out to be, it can become a solution to Italy's immense problem with non-performing loans.

According to the International Monetary Fund, Italian banks are saddled with €360-billion of bad loans that are the result of years of sluggish growth, a deep recession in 2008 and 2009, and a prolonged recession from 2012 to 2014. But they also reflect endemic corruption and pervasive political patronage that for years have informed the banking sector, as loans were used as a tool for gaining favour and greasing the wheels of a system intent on distributing "spoils" and patronage.

So MPS is the tip of a larger problem of non-performing loans, poor management and bad corporate governance in Italy's banking sector. There have been a number of reforms to improve banks' transparency and accountability, but the road is long and bumpy. The messy rescue of MPS has not yet helped to cement the idea that banks are not too big to fail – and in Italy, there are many small banks that can indeed fail without a systemic impact.

Only by making banks effective economic agents and market players – and setting a culture of robust governance – can they help to pull the Italian economy out of its "secular stagnation." It will take some time, but by finally sorting out MPS, there is a chance to reset the whole system and eventually push Italy's banks in the direction of solid governance. 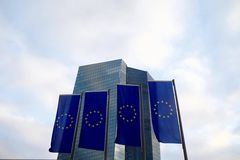 Opinion
Europe’s banks still too big to fail, but our new response remains to be tested
February 17, 2016 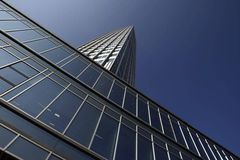