Allan Lanthier is a former chair of the Canadian Tax Foundation and a retired partner of Ernst & Young.

The past few years have not been the best of times for corporate tax avoiders.

First, senior executives of Starbucks, Google and Amazon were hauled before a British parliamentary committee to answer charges that, as a result of tax-motivated manoeuvres, those groups were paying little if any tax in Britain, despite having billions of dollars of revenue there. Instead, most of the taxable income was being diverted to low-tax jurisdictions such as Ireland, Luxembourg and Bermuda. Not that this was tax evasion; "We're not accusing you of being illegal," the chair of the committee told a Google executive. "We're accusing you of being immoral."

Separately, a U.S. Senate committee accused Microsoft, Hewlett-Packard, Apple and other domestically based multinationals of using loopholes in the tax code to shift profits to offshore tax havens and circumvent U.S. taxes. "Apple has sought the Holy Grail of tax avoidance," that committee's chair said.

Canadian corporations have mostly avoided the spotlight. But make no mistake: Corporate tax avoidance is as rampant in this country as it is elsewhere.

So there has been a co-ordinated, global response to quash this type of planning, right? Well … yes and no.

In 2013, with the support of all Organization for Economic Co-operation and Development and Group of 20 member countries, the OECD began work on a 15-point plan to address global tax avoidance by multinational corporations – the base erosion and profit shifting (BEPS) initiative. Late last year, the package was released in the final form and endorsed by G20 leaders at their summit in Turkey.

The initiative seeks to address the global loss of corporate tax revenue from international tax avoidance – a loss conservatively estimated at $100-billion (U.S.) to $240-billion annually. One accounting firm has heralded BEPS as "the most significant tax change in modern times."

BEPS has 15 action plans, including requirements for country-by-country reporting by multinational groups to give revenue authorities a better picture of a group's global operations and structure, changes to OECD transfer-pricing guidelines to better align a company's profitability in a particular country with its economic substance and activities in that jurisdiction, and measures to limit the use of conduit companies in tax-haven countries.

But what real impact might all of this have? Let's take Canada as an example.

Canada will no doubt adopt country-by-country reporting. Canadian-based multinationals will therefore have to comply with such reporting of income, taxes paid and measures of economic activity. But will this increased transparency generate additional tax revenue? The Canada Revenue Agency already seems understaffed and overworked, and it is far from clear how it will find additional resources to act on this information.

As part of BEPS, Canada has also agreed to comply with new OECD transfer-pricing guidelines. However, while the CRA and Canadian courts often refer to the OECD guidelines for direction, the Supreme Court has stated that the guidelines "are not controlling," and that transfer-pricing disputes should be resolved under Canadian tax law. Amendments to Canadian rules may, therefore, be required if the revised guidelines are to have their intended impact. Other BEPS measures will also require legislative change, either to our tax law or to Canada's 90-plus tax treaties – treaty-by-treaty, or as part of a proposed multilateral agreement.

In short, very little may change without unilateral legislative action by each country to implement those BEPS proposals that it considers most relevant.

So is this much ado about nothing? Not necessarily. The global tax-planning structures of multinational groups will be more transparent. Revenue authorities will become more aggressive. And there will be changes to international tax rules in many countries.

For its part, Ottawa must decide if and when it will introduce legislation to implement BEPS and, having regard to the international competitiveness of Canadian business, to what extent it will do so without firm commitments that our major trading and treaty partners will follow suit – in particular the United States, where the legislative process is in disarray. 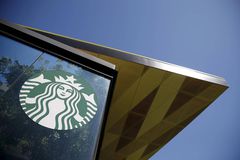