Peter Dietsch, philosopher and economist, is a professor at the University of Montreal. He is the author of Catching Capital – The Ethics of Tax Competition and co-editor of Global Tax Governance – What is Wrong With It and How to Fix It.

This week's fallout from the Panama Papers merely reminds us of something that we already know: Illegal tax evasion and legal (but often immoral) tax avoidance remain very common.

To get a grip on these problems, the first thing to realize is that we are faced with a systemic issue, rather than a few rotten apples. It would be naive to simply blame the individuals and corporations who exploit the loopholes. Their behaviour is abetted, in many cases even encouraged, by states. It isn't just small tax havens, but bigger states, too, that try to use fiscal policy to attract capital.

Any effective systemic reform requires understanding the nature and extent of the problem. Rich individuals stashing their wealth behind the secrecy of offshore accounts, as in Panama, is merely one facet of tax competition. The Organization for Economic Co-operation and Development's 2014 standard for automatic information exchange, the European Union's initiatives on tax transparency, the U.S. Foreign Account Tax Compliance Act – all these measures are directed at making it harder, or impossible, for people to avoid paying their taxes in their country of residence. Optimists will see the Panama Papers as a sign that these reform efforts are bearing fruit. Pessimists will take them as proof that the steps taken so far are ineffective.

In addition to facilitating tax evasion by individuals, many states vie to attract corporate capital. They do so in two ways: Offering low or zero taxes on the profits generated elsewhere, or luring the economic activity in question to their jurisdiction. In the first case, think of the astonishingly low effective tax rate that Google, Starbucks or Fiat pay in nominally high-tax countries because they have shifted their profits to Bermuda or Luxembourg – LuxLeaks revealed this phenomenon in the same way as the Panama Papers and other leaks have shed light on individual tax evasion. In the second case, think of Ireland's low corporate tax rate and the disproportionate amount of foreign direct investment it has attracted over the years.

Of the three facets of tax competition just described, attracting individual portfolio capital and corporate paper profits have one thing in common. As the OECD puts it, they "poach" capital from the tax base of the state that has a right to tax this capital – the residence state in the case of individuals and the source state in the case of multinationals. While attracting foreign direct investment follows a different logic, an effective solution to the problem of tax competition needs to include it, too.

So what would a just system of global tax governance look like?

It should not allow individuals or corporations to benefit from the public goods where they live or where they are economically active without paying their fair share toward them. Looked at from the perspective of states, "poaching" should be prohibited. Significant progress has already been made in the fight against individual tax evasion, but the Panama Papers are a reminder that a lot of work remains to be done. The finding that active politicians are involved suggests that resistance to reform is deeply entrenched.

As to the other form of poaching, the attracting of paper profits, the report card so far is mixed. The OECD's strategy, in its base-erosion and profits-shifting (BEPS) program, consists in trying to repair the current system of arm's-length reporting that requires the subsidiaries of multinationals to treat each other as if they were separate firms. Such a system is notoriously hard to police and arguably lies at the root of many of today's problems. Many tax experts see the so-called unitary tax with formulary apportionment as a more promising reform. Here, profits get assessed on a global scale before the rights to tax get allocated to states on the basis of various measures of real economic activity in their jurisdiction.

Remarkably, none of the international initiatives against harmful tax competition thus far take a position on its third facet, namely on the luring of foreign direct investment (FDI). This omission is short-sighted. Imagine a world in which the two kinds of poaching – individual tax evasion and corporate profit-shifting – are effectively shut down. The incentive for multinationals to actually relocate their economic activities, and thus the incentive for states to lower their corporate tax rates, would increase significantly. Against this background, it is plausible to think that a just system of global tax governance requires some kind of constraint on luring FDI as well.

Moreover, the fact that prohibiting poaching would incite more luring may place in doubt the commitment of high-tax jurisdictions to the OECD's goal of putting an end to profit-shifting. Their finance ministries know that making multinationals pay up will lead to an outflow of capital investment. As long as luring is not part of the reform package, don't expect them to pursue effective reform.

Moments such as the leaking of the Panama Papers represent a window of opportunity for reform. However, effective reform presupposes understanding that the problem is not the lacking tax ethics of a few individuals, but a thoroughly defective system of capital taxation. 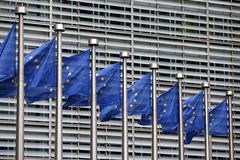