Stanford University classmates Bill Hewlett and Dave Packard opened for business in 1939, operating from a garage in Palo Alto, Calif., at the end of the Great Depression – and immediately sold eight units of their novel audio oscillators to Disney sound engineers working on the film Fantasia. Childhood friends Bill Gates and Paul Allen launched Microsoft during a nasty recession in 1975.

Hard times can be good times. The Great Depression co-existed with a decade of amazing scientific and technological advances – among them nylon, the electron microscope, milk cartons, time-lapse photography, mass-market radio – and the promise of television. Not to mention the Empire State Building.

The question now is, what has our Great Recession done for us lately? Could the market meltdown of 2008 and the ensuing financial crises spawn comparable breakthroughs in science and industry? In a word, absolutely.

As The Economist magazine noted in a special report in April ("The Third Industrial Revolution"), 3-D computers are already transforming industrial production around the world and, along with other comparable advances, returning the making of high-end things to rich countries.

In his report, Paul Markillie, the magazine's innovation editor, introduces 3D Systems Inc., a pioneer in three-dimensional computer technology, in a novel way. While he toured 3D's headquarters in South Carolina, he writes, the company printed him a complimentary gift: a custom-designed, fully usable hammer, "complete with a natty, wood-effect handle."

Known technically as "additive manufacturing," three-dimensional printing cranks out finished products in thin layers of plastic ink, thin layer on thin layer. The industry already produces a wide range of goods, ranging from car parts to dresses, that can be altered – reshaped, redesigned – by a keystroke. More complex assignments await. Mr. Markillie quotes a scientist at GE Global Research: "One day we will print an engine."

Although patented in the 1980s, 3-D printing has emerged as a transformative, commercial technology only in the past few years. For high-end products, it makes assembly lines obsolete and eliminates the usual advantages of cheap labour. (3D Systems, by the way, markets printers for home use, heralding a new era of innovation by Edisonian inventors working in basements and garages.)

The first industrial revolution began in Britain in the 1800s, the second in the United States in the early 1900s. "Now," Mr. Markillie writes, "a third industrial revolution is under way." Many remarkable technologies are converging – among them, clever software, novel materials, dexterous robots and miniature, nanotech tools for quick and easy surgery.

With the increasing irrelevance of inexpensive Asian labour, off-shoring has already lost much of its historic advantage in the manufacture of high-end goods. The Economist report notes that one recent study determined that a $499 (U.S.) iPad included only $33 of manufacturing labour. Of that, Chinese labour accounted for only $8.

Some big U.S. companies report that they will soon be "reshoring" – returning production to technologically advanced rich countries. Global consulting firm Boston Consulting Group reported recently that one-third of U.S.-based manufacturers operating in China, companies with $1-billion in annual revenue, have confirmed plans to reshore part of their Chinese production; among bigger companies, those with $10-billion in revenue, the number rises to 50 per cent. BCG said reshoring will create as many as three million jobs in the U.S. by the end of the decade, and increase the country's annual industrial production by $100-billion.

Two reasons explain the coming industrial renaissance. First, profit-driven invention. Second, technology-driven productivity. China's achievements in manufacturing notwithstanding, the United States remains the biggest manufacturer in the world with 20 per cent of global production (compared with China's 18 per cent). Why? The U.S. uses only 10 per cent of the work force that China uses to manufacture roughly the same quantity of goods.

Governments will try to stop the coming industrial transformation, of course. They always have. Progress is notoriously disruptive. As The Economist concludes, however, governments will ultimately fail again – and "leave the rest to the revolutionaries." 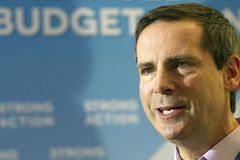 Canada seen benefiting as U.S. auto makers scramble to restore capacity
May 8, 2012
Follow us on Twitter @globebusiness Opens in a new window
Report an error Editorial code of conduct