Could you imagine a Canada where drone delivery is commonplace, there are more than one million autonomous vehicles on the road, robots have replaced 80 per cent of manufacturing jobs, 50 per cent of Internet traffic is coming from our TVs, appliances or clothes, our economy has become pretty much cashless, our economic decisions are assisted by artificial intelligence and one in three adults is selling his or her time, talent or goods online?

According to the Ipsos CanadaNext study, done in partnership with IBM, the Canada Towards 2030 initiative and the University of Toronto, the majority of Canadians surveyed see all of the above as likely to happen in the next 10 years.

But faced with questions about the impact of disruptive technologies on individuals, communities, business and governments, the country is divided: 49 per cent say that the continuing techno-revolution will be positive for Canada and 51 per cent think the opposite. More concerning, 71 per cent of those surveyed said that the benefits of new technologies will be unevenly distributed, with many people left behind. To avoid another anti-movement we could call "techno-populism" and its corollary, economic stagnation, how corporate and public leadership understand and address these divergent groups will be as critical as their own adjustment strategies.

Canadians' views of technological changes and their effects need to become part of the larger strategic conversation. The fire-hose of daily information being absorbed through smartphones, tablets, computers, etc., is driving a huge level of uncertainty. News about losing a job to an automat or foreign Internet company, losing personal data to cybercriminals or to ill-intentioned companies, or losing longer life because of inaccessible technologies can increase stress and pessimism. No one can accurately predict the effects and speed of technological changes but it will benefit no one if large portions of the population feel left behind. Increasingly, businesses and government agencies' legitimacy will depend on the acceptability of their adaptation plans as either disruptors or disrupted.

Being agile and sustainably competitive through the fourth technological revolution is the real challenge, but it won't work without acting responsibly. While 58 per cent of Canadians believe that advances in technology will create mass unemployment, 61 per cent feel that companies will take advantage of new technologies to improve their businesses. But fewer than 40 per cent say that law and government policies – and only 27 per cent that government services – are keeping pace with the changes in technology; 69 per cent are worried about the safety of their personal data and desire more guarantees that they aren't shared.

While jobs lost to machines will increase efficiency and profitability for all types of organizations, new jobs and careers will arise. Although we don't know how many, they will surely require new and better curricula, education and retraining. Canadians are not bullish about this, with a dismal 26 per cent believing that today's education system is doing a good job to prepare students for jobs of the future.

As we play our best offence and defence through another technological shock, it is hard to imagine a medium-term victory that does not involve increased and better collaboration between business, governments and citizens, starting with the topic of employability. The future debate might not be so much about the haves and have-nots but rather about the can or can't work, so trust and social cohesion must be defended and propelled by technologies, not fractured by them.

Canada will no doubt change considerably toward 2030 as shifting demographics, economics, geopolitics and climates reveal their true side effects. Inventing and adopting new technologies will be critical and beneficial and will create opportunities for stronger business, communities and personal lives. Achieving such potential with coherence and inclusivity starts with ensuring that more conversations about long-term shared visions, actions and incentives begin today.

Rob Myers is president and CEO of Ipsos Canada. Eric Noël is the initiator of Canada Towards 2030, and SVP North America, Oxford Analytica. 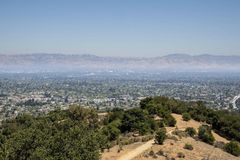 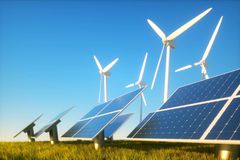