The seeming collapse of the trade agreement between Canada and the European Union has created obvious disappointment for International Trade Minister Chrystia Freeland and the entire Canadian government, which had made the deal its top trade issue. Efforts to salvage the Comprehensive Economic and Trade Agreement will undoubtedly continue, yet the underlying problem with the agreement is not the complicated European political system that requires support from all member states.

Rather, it is the expansion of trade negotiations from agreements that once focused primarily on tariff reductions to far broader regulatory documents that now mandate domestic legal reforms and establish dispute-resolution systems that can be result in huge liability for national governments. This enlarged approach to trade deals, which can also be found in the controversial Trans-Pacific Partnership, run the risk of surrendering domestic policy choices to other countries or dispute tribunals.

If CETA were limited to tariff reductions, it would be relatively uncontroversial. The discomfort with the agreement lies in the mandated changes to domestic regulations and the creation of dispute settlement mechanisms that may prioritize corporate concerns over local rules.

Regulatory provisions in CETA mean that both parties face the prospect of changing national laws to accommodate foreign businesses. For example, CETA requires Canada to expand patent protections, largely due to demands from European pharmaceutical companies. The required changes would add billions to Canadian health-care costs by extending the term of protection for popular drugs. Similarly, European countries would face the prospect of altering food and safety regulations.

The insistence on including investor-state dispute settlement (ISDS) provisions are particularly puzzling. These rules, which allow companies to seek damages where local regulations interfere with their economic expectations, are commonly found in foreign-investment treaties with developing countries whose court systems are unknown or viewed as risky by potential investors.

There are no such risks in Canada and Europe, however, since both offer reliable, respected court systems that are widely used by companies from around the world. Moreover, Canada has first-hand experience with the dangers associated with ISDS as it infamously lost a major environmental case involving Delaware-based Bilcon, which had proposed the expansion of a quarry on the shore of the Bay of Fundy in September, 2002, that was rejected by the Nova Scotia and federal governments after a joint review panel recommended it not proceed. The government also faces hundreds of millions of dollars in liability stemming from a patent claim by pharmaceutical giant Eli Lilly.

Canada and the EU have sought to assuage concerns over the ISDS provisions with some legal tinkering, yet the underlying problem is that the provisions prioritize the rights of foreign investors over domestic companies without a compelling argument for their inclusion at all.

Further, even if the current opposition to CETA can be overcome, the deal will still face significant implementation barriers. European officials argue that almost the entire agreement falls within their exclusive competence. However, legal experts have raised serious doubts about that interpretation.

The European Court of Justice is currently considering a case involving the implementation of the EU-Singapore Free Trade Agreement that specifically addresses the issue of what falls within the exclusive competence of the EU and what is shared with member states. That court ruling is still pending, but the decision could undercut attempts to broadly apply CETA on a provisional basis should the agreement move ahead.

The CETA setback in Europe has strong echoes to the 2012 defeat of the Anti-Counterfeiting Trade Agreement and the current backlash against the TPP. Trade negotiators and governments similarly played down protests and concerns associated with those agreements, but opposition steadily increased due to concerns with the increasingly expansive approach to traditional trade agreements that many view as encroaching on domestic policy and unfairly tilting the balance between government and corporate rights. 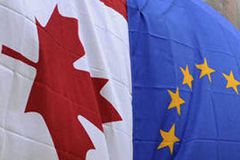 Opinion
Free trade is under attack: Witness the collapse of EU-Canada talks
October 24, 2016
Opinion
Canada is right to be furious about European Union trade negotiations
October 23, 2016 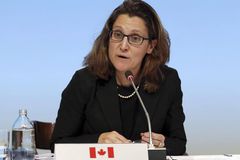 Opinion
EU should have told Canada years ago it was moving the CETA goal posts
October 21, 2016 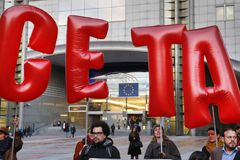