In 2015, it became evident that consumers' digital-era demands have quickly caught up with businesses that weren't prepared. It was also a year of progress for e-commerce and small businesses in Canada, as more companies made strategic investments to reach their customers across multiple channels.

Through the highs and lows, wins and losses, one thing is certain: It's been an incredibly interesting year in Canadian retail. And the forces of change are not abating. The key trends that affected retail in 2015 will continue to shape the landscape in 2016.

Now more than ever, it's survival of the fittest for retailers. We've seen a number of players, including Target, Sony and Mexx, pull out of Canada due to poor sales, poor execution or unsustainable cost structures. Despite efforts to modernize its brand and in-store experience, Canada's own Blacks Photography closed all of its stores, having lost the battle against digital cameras and smartphones.

The competition will only continue to intensify as U.S. luxury retailers, such as Saks and Nordstrom, set up shop here. Realizing the need to adapt, and quickly, Holt Renfrew recently took its first step into multichannel retail by offering a limited range of beauty products online.

Brick-and-mortar stores still have value in the form of sales and brand experience, but in this volatile landscape, companies need to make every square foot count. And if they're not building a strong online presence in tandem, they'll quickly find themselves out of the running.

Black Friday and Cyber Monday, retail events that were essentially created by U.S. retailers, are now firmly established in Canada. At eBay Canada, we saw the turning point in 2013: For nearly a decade, the first Sunday of December had consistently been the busiest online shopping day of the year, but two years ago, Black Friday and Cyber Monday took over the top spots. This trend is only strengthening year-over-year.

Taking it a step further, retailers have begun to manufacture their own shopping events in other parts of the calendar. Wal-Mart Canada and Canadian Tire, among others, created Black Friday-ish events around Canadian Thanksgiving this year. And there was huge reaction globally to Amazon's Prime Day and Alibaba's Singles' Day.

Results have varied, but the growth in manufactured retail moments indicates that retailers believe that "event shopping" is here to stay. Value-oriented consumers will respond when companies execute retail events with consistency, good service, deep discounts and heavy promotion.

With the loonie plumbing 11-year lows, traditional retailers find themselves facing high-priced import stock. On the flip side, it's been a great year for exporting businesses. According to a PayPal study, Canada was the fourth-most popular online shopping destination across the United States, Britain, Germany, Australia, China and Brazil in 2013. Two years later, the global landscape is even more primed for Canadian exports, and not just for big established companies. A recent RBC Economics report highlighted that the combination of the weak Canadian dollar, low energy prices and growing U.S. economy has created favourable conditions for Canadian small and medium enterprises to increase their export presence. SMEs need to seize this moment.

The good news is that technology-enabled small businesses are leveraging the Internet to drive their exports. By taking advantage of existing platforms and services, they are expanding globally without a lot of the overhead and headaches characteristic of traditional exports. At eBay Canada, we see that virtually all of our commercial sellers (99.8 per cent) are exporting, and in many cases, exports are driving a majority of their sales.

Mobile is a must

Along with increased online purchasing, sales are increasingly "digitally influenced" by mobile sites and applications built for product research, deal comparisons and efficient purchasing. An Apptentive survey found that 51 per cent of respondents on retail mobile apps use them while shopping in-store, allowing retailers to engage customers, build loyalty and improve the overall shopping experience. For retailers, persuading consumers to download and use their mobile apps is the holy grail of online shopping. In the United States, Sears recently announced upgrades to its mobile app and online platform as it continued to see in-store and catalogue sales decline. Companies such as eBay, Amazon and Wal-Mart that invested extensively in mobile app development are reaping the rewards. Far from being an edge case, mobile purchasing is now part of the mainstream.

Even as the ranks of Canadian smartphone users grows, Statistics Canada reports that just 19 per cent of Canadian companies have websites optimized for mobile. Canadian businesses should all be online – that's a must – but to stay competitive and effectively reach their consumers, they also need to have strong mobile offerings.

With the increase of online and mobile shopping, the costs associated with site or app outages increase. E-commerce experiences need to function properly at all times, and especially during peak shopping moments. While these seem like table stakes, it's easier said than done. This year, news coverage of Black Friday and Cyber Monday included multiple mentions of site performance issues and frustrated consumers.

With the rapid growth of e-commerce (up more than 15 per cent in 2015) and the ongoing threat of cyberattacks, infrastructure is critical. Site stability, redundancy and security need to be front and centre for all retailers.

In conclusion, all of the 2015 trends point to a major power shift. Retailers are no longer in the driver's seat; consumers have high expectations and they are calling the shots, shopping whenever, wherever they want. Canadian retailers have not yet embraced e-commerce as they should. They have to evolve their business models to adapt to this changing landscape, taking advantage of the upside and managing the risk.

Banks need to understand the shifting landscape of their industry
Subscriber content
December 10, 2015 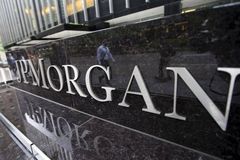 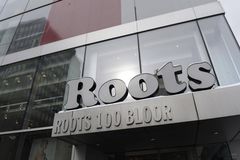 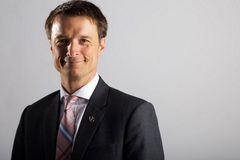