Stephen Harper's Davos manifesto is the Throne Speech he never delivered at home.

It's now clear that innovation – or more precisely, the dearth of it – has rocketed to the top of the Harper government's agenda.

The Prime Minister is not happy about the return the country is getting on the roughly $7-billion a year Ottawa pours into research and development.

"We believe that Canada's less than optimal results for those investments is a significant problem for our country," Mr. Harper said last week at the World Economic Forum in Davos, Switzerland.

He vowed to act "soon" on the recommendations of an October task force report chaired by Tom Jenkins, chairman of software maker Open Text Corp.

The report's central finding is that Canadian companies are investing less in R&D than they did nearly a decade ago, falling worryingly behind foreign rivals in spite of one of the most generous tax regimes in the world.

Mr. Jenkins argues the SR&ED tax credit should be simpler and less generous, diverting the savings to more focused funding of business innovation. Among suggested changes: limit the credit to labour costs and reduce the generous refundable credits available for smaller Canadian-owned companies.

Nearly 25,000 companies across Canada use the tax break, from the majors to tiny startups, covering virtually every industry in the country. But a recent Globe and Mail investigation found widespread abuse, including bogus claims and oversized consultant fees paid from credits.

And a report by federal Taxpayers' Ombudsman Paul Dubé to be released as early as this week is expected to expose a litany of complaints from users about how the Canada Revenue Agency runs the program, including confusing and inconsistent decisions.

Mr. Jenkins would put innovation spending under the control of one federal minister and one agency, shifting the balance from tax breaks to direct funding, putting more money into "late-stage" venture capital and better use of government purchase to spur home-grown innovation.

These are sensible suggestions.

In spite of all the money Ottawa spends, there are large and significant breaks in the financing chain needed to take great ideas from the lab to factory floors, and global markets.

Shrinking the $7-billion envelope, including the SR&ED, won't produce more of what Mr. Harper wants. It could produce less.

And if the money is going to be diverted from SR&ED, to where? Should some industries or companies be favoured? The Harper government isn't saying yet.

Part of the problem is a chronic misallocation of capital – too much going to some sectors, such as housing, and not enough to the country's innovators. Canadian business leaders say high risk loans and venture capital for startups and entrepreneurs is severely lacking in Canada, and that impairs companies' commitment to innovation, according to a report being released Monday by the Conference Board of Canada. "There is an urgent need to identify solutions to the weakness in Canada's capital markets for innovation," concludes the report, From Perception to Performance.

The Canadian Advanced Technology Alliance, which speaks for the high tech industry, has been making the case to Ottawa that Canada doesn't have an innovation gap, but a commercialization gap. "Too often our businesses are not effectively growing their firms into international successes. Too often, the full rewards of our innovators are leveraged offshore," CATA senior vice-president Russ Roberts lamented in a recent update to members.

The biotech industry, meanwhile, is pushing the idea of flow-through shares – now used by resource companies – to help companies reach the stage of commercialization when they have high capital needs but few revenues.

The same model has helped turn Canadian resource companies into global leaders by encouraging startups to go public and tap investors willing to take big risks in return for tax breaks, argued Rick Sutin, a partner and corporate finance specialist at Norton Rose in Toronto. So why not technology-focused companies? (Flow-through shares allow companies to transfer tax deductions to investors, who can then use them to lower their personal or corporate tax.) The idea might not cost taxpayers anything, Mr. Sutin said. There's a limited pool of non risk-averse investors, and they would simply shift from mining and oil to tech.

Canadians have a lot to say about how to steer more capital to innovation.

Odd, then, that Mr. Harper would choose the Swiss Alps to launch such a crucial debate.

Opinion
Stalled on the road to economic recovery
January 22, 2012 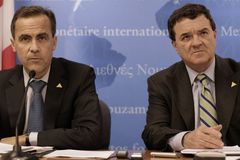 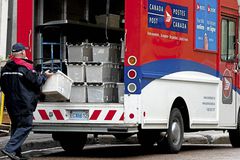 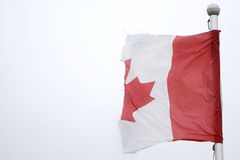