Peter Nowak is a Toronto-based technology writer and author of Sex, Bombs and Burgers: How War, Pornography and Fast Food Have Shaped Modern Technology.

In doing away with nude photos, Playboy chief executive Scott Flanders is declaring victory in his magazine's quest to redefine sexuality.

"That battle has been fought and won," he told The New York Times. "You're now one click away from every sex act imaginable for free. And so it's just passé at this juncture."

Marxist revolutionaries might disagree. Revolutions, in the socialist mindset, aren't one-time events. They keep going, their values maintained and fought for until they are inevitably subsumed by another revolution.

In that light, Playboy's pending shift to focusing on "the articles," supplemented by provocative yet non-nude PG-13 photos of women, isn't so much a victory as it is a declaration of surrender to the very technological and social forces it helped to unleash. Playboy's revolution was arguably subsumed a while ago – it's just official now.

The ironies run deep. Hugh Hefner started Playboy in 1953 as an answer to the conservatism of the times. Possessed of a voracious and non-traditional sexual appetite, Mr. Hefner felt that his interests weren't being represented by a strait-laced, Leave It to Beaver-minded media.

His magazine's first issue, featuring nude photos of actress Marilyn Monroe, was a veritable shock to the system and an instant success because of it. It sold 54,000 copies – about 80 per cent of its print run, an astonishing feat for a new publication. The magazine hit circulation of one million copies just three years later, rising to a peak of more than seven million in the seventies.

Along the way, Playboy did indeed redefine sexuality. Mr. Hefner, who hadn't put his name on the first issue for fear of obscenity charges, sued the U.S. Post Office in 1955 for denying the magazine a mailing permit. He won a total victory, with the federal court decision reflecting a loosening of American mores.

Films of the sixties began featuring nudity, paving the way for full hard-core sex in the seventies, an era referred to as the Golden Age of Pornography. Flophouse theatres and cheap skin magazines were almost as plentiful as today's pornographic websites.

The seeds of the next revolution, however, were being sown at the same time, just 25 kilometres west of the Playboy Mansion in Los Angeles, with the magazine playing a key, ironic role.

Imaging scientists at the University of Southern California had adopted Playboy's November, 1972, centrefold, Swedish model Lena Soderberg, as their de facto test picture for experimenting with early electronic photos. With the nudity cropped out, the image had everything they were looking for: high contrast, sharp details, vivid colour and differences in focus.

Their work led to the creation of a standardized image-compression technique by the Joint Photographic Experts Group – the JPEG – in the late eighties, followed soon after by a similar format from the Moving Pictures Experts Group – the MPEG. Combined with the Internet and text browsers, the visual Web was born.

Playboy was quick to jump on the new technology. Executives boasted in 1994 about how it was the first national magazine to launch a website. By 1997, it was racking up five million visits a day, a sizeable number today and a huge amount at the time.

Playboy is instead looking to play a new game, where it wants to attract online readers through its journalism. To do so, it has to gain traction on Facebook and Twitter, the biggest drivers of online traffic. Both platforms have rules against explicit nudity, so Playboy is conforming.

Whether the ploy works or not is an open question, but the shift is also a far cry from Mr. Hefner's initial purpose.

Meanwhile, the sexual revolution continues – or at least, hopefully it will. The current state of online sex, a free-for-all that caters to all possible tastes and proclivities with little discrimination or sophistication, can't be the final word on humanity's sexual evolution. Surely, someone will arise to make sense of it all and lead us to the next stage, but who will it be?

It won't be Playboy. 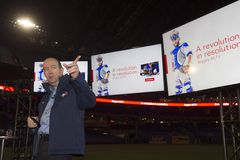 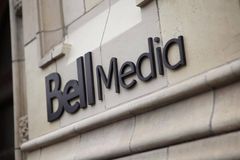