Prince Harry is marrying up and he is right on trend. The fifth-in-line to the throne completed army officer training at the Royal Military Academy Sandhurst but did not fulfill the credits necessary to obtain a university degree. In contrast, his bride-to-be, Meghan Markle, is a graduate of Northwestern University with a BA in theatre and international studies. The educational gap between the two is becoming increasingly common among couples in many countries including Canada.

In every socioeconomic class, young women are more likely to seek out higher education than young men are. In Britain, some called it a "national scandal" when earlier this year, it was announced that women were more than one-third more likely to go to university, and that for this academic year 30,000 more women than men were set to start undergraduate courses.

In Canada, just-released statistics from the 2016 Census show a growing educational gap between men and women, particularly for those in the youngest age groups. Over all, 26 per cent of men between 25 and 64 hold a Bachelor's degree or higher, as compared with 31 per cent of women. For those between the 25 and 34, however, the percentages are 29 per cent and 41 per cent, respectively.

To be sure, men still earn more than women at every age group. For those between 25 and 34, the median after-tax income for men in Canada was $35,958 in 2015 (the last year for which data are available) as compared with $30,269 for women, meaning that women were making 84 per cent of what men make. That is not as much of a gap as it sounds like, given that women were more likely to be working part-time than men.

The gap is also smaller than it was in 2005, when young women were making 78 per cent of the median income of young men. Put another way, for women in this age group after-tax income increased by 14 per cent over the 10-year period, as compared with a 6-per-cent gain for young men. A chunk of that growth has to be attributable to women's growing educational attainment at a time when the labour-force payback to having a university education was on the rise.

Given the growing education gap between the sexes, it is not surprising that men are increasingly marrying women who have more education than they do.

A recent study from the University of Kansas concluded that in the United States the chances of "marrying up" have increased significantly for men and decreased for women. In turn, they found that wives' contributions to family incomes have increased sharply in many households, which has contributed to some income stability. If women were not bringing home more money, family incomes in the United States would have stagnated even more than has been the recent experience.

Of course, as much as men marrying up is a trend, the much bigger one is "assortative mating," which means picking someone with a similar educational and income background to oneself. That is arguably what Harry's brother, William, did when he chose to marry University of St. Andrews classmate Kate Middleton. The trend that has been shelved is the one where women habitually married up, increasing their economic prospects by choosing men with more education than themselves. That is a dwindling pool apparently.

If there is reason for concern in any of this, it is that young men are putting themselves at a disadvantage by not acquiring education at the same rates as young women. That is a problem that is going to become a more pressing issue as technology increasingly makes it difficult for those with lower levels of education to maintain their incomes.

Harry is in a fairly unique situation in that, barring revolution, he more or less has a job and income for life for both himself and his bride: For everyone else, there is a strong correlation between education and earnings. Marrying up is a solution that can work for some, but it might be better for both men and women to keep their options open. 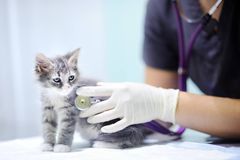 Opinion
Policy makers need to get on board with shifting global demographics
November 14, 2017