A high-stakes game is one in which the people involved can win or lose a great deal. In the coming weeks, Canadians will get something we have been sorely missing – a national housing strategy. The political stakes are high for the federal Liberals. Notwithstanding an economic update with better-than-anticipated numbers, the Liberals are slipping in popular support – down more than 10 points in the polls over the past year, says Nanos Research.

The policy stakes around a national housing strategy are high for Canadians. Canada is the only G8 country without such a strategy. There is clear and present danger throughout the sector. The Canada Mortgage and Housing Corp.'s latest housing assessment warns that our market remains at a high degree of vulnerability due to price acceleration and overvaluation. This is a large macroeconomic stability risk. Policy makers are hoping for a soft landing.

Look deeper into the housing sector and you find homelessness. Recent estimates indicate some 35,000 people in Canada are homeless on a given night. Over the course of the year, some 235,000 will have this experience. Many more are living on the edge. According to CMHC, nearly one million households that are renting (more than 25 per cent of renters) are in need of core housing due to issues ranging from repair, crowding and affordability. There are no soft landings for homeless people. The economic, social and health costs are high and continuing.

While the details of the housing strategy have yet to be released, the high-level policy and fiscal road maps were provided in the 2016 and 2017 federal budgets. The broad policy components have been fleshed out: 1) a renewed partnership with provinces, territories, and municipalities; 2) a National Housing Fund to address supply and repair, northern and Indigenous housing; 3) funds to combat and prevent homelessness; and 4) better data and research to support program performance. And to achieve these goals, the federal government has set aside roughly $15-billion over the next 12 years. Success will depend importantly on getting a number things right, including fiscal scale and policy balance and integration.

George Bernard Shaw famously said, "Progress is impossible without change and those who cannot change their minds cannot change anything." Two critical components that need to be part of the change agenda in the housing strategy are Housing First and a National Portable Housing Benefit (PHB).

Housing First is emerging as a favoured evidence-based strategy for addressing chronic and episodic homelessness. It consists of two main components: 1) permanent housing; and 2) intensive support. Research conducted in the United States and Canada has shown that Housing First can rapidly end chronic homelessness for the vast majority of persons with complex needs.

Housing First in Canada has been rolling out in step-like fashion since 2008. It started as a five-city research demonstration project initiated by the Mental Health Commission of Canada from 2008 to 2013 that showed substantial reductions in homelessness and improvements in community functioning and quality of life. It went deeper thanks to Alberta, where seven cities have shown a 20-per-cent reduction in homelessness from 2014 to 2016. With federal support, the Canadian Alliance to End Homelessness is assisting dozens of communities across Canada to make the transition from treatment as usual to Housing First and ultimately to ending homelessness. The national housing strategy must continue to build on this success.

A national Portable Housing Benefit (PHB) is designed to help low-income people access rental housing. It has been called rent assistance, a housing allowance or voucher. There are systemic advantages for having this as a critical component of the national housing strategy: 1) most people are homeless only because they cannot afford rent; 2) low-income people who need housing do not have to wait until new social housing is built; and 3) people have the option to get housing of their choice scattered throughout a locale, promoting more diversified communities.

Researchers have found that combining a PHB with intensive support in the community has a greater impact in reducing homelessness. A 2017 Canadian study in the region of Waterloo, Ont., found that, after six months, 88 per cent of those receiving the PHB (and specialized care) were living in their own apartment compared with only 32 per cent of those not receiving the PHB. A recent U.S. study, the Department of Housing and Urban Development's Family Options Study, involving 12 communities with more than 2,000 participants followed over three years, found that the subsidized housing option resulted in large reductions in homelessness, parent stress, partner violence, child behaviour problems and food insecurity.

We recommend that the development of a national PHB be integrated into the national housing strategy. We recognize the political and fiscal challenges related to targeting the most vulnerable, scaling the subsidy to ensure access to quality housing opportunities, and managing multilevel government administration. To quote the late American writer Frank Clark, "if you can find a path with no obstacles, it probably doesn't lead anywhere." The stakes are high. We need to take the high road. 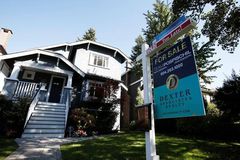 Opinion
How Ottawa's Budget 2018 can reduce poverty and homelessness
August 27, 2017 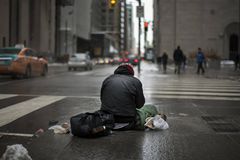 Opinion
Canada’s big cities are feeling the pressure of income inequality
July 3, 2017
Follow us on Twitter @globeandmail Opens in a new window
Report an error
Due to technical reasons, we have temporarily removed commenting from our articles. We hope to have this fixed soon. Thank you for your patience. If you are looking to give feedback on our new site, please send it along to feedback@globeandmail.com. If you want to write a letter to the editor, please forward to letters@globeandmail.com.
Comments