Marc Lavoie is a professor in the department of economics at the University of Ottawa.

Economic ideas are like hares – they go in circles, the Cambridge economist D.H. Robertson once noted: Stand in one place long enough, and you will see dismissed beliefs come round again.

Before 2008, the consensus among a majority of economists – the so-called New Consensus – was that monetary policy was powerful enough to counter a slowdown or recession, that fiscal policy was unable to stabilize an economy and hence that fiscal policy should content itself to balance budgets, run more efficient programs and possibly reduce tax rates.

Indeed, "freshwater" economists – who believe, in contrast to "saltwater" economists, that the economy is always in equilibrium – were asserting that any increase in government expenditure would be fully compensated by a decrease in consumption, as households would save more to be able to pay future increases in taxes. Meanwhile, saltwater economists were claiming that an increase in the deficit would reduce the amount of loanable funds, and so crowd out private investment. Thus mainstream economists were saying that expansionary fiscal policy would have little or no positive effect on economic activity.

This all changed with the 2008 financial crisis. The IMF has changed its tune, recognizing past errors. A vast majority of American and British economists now believe that expansionary fiscal policy – that is, autonomous increases in public budget deficits – does have substantial positive effects on an economy, the more so when these increases in deficits occur as a consequence of increased government expenditure on infrastructure or in social transfers rather than as a result of tax cuts. Most recognize that monetary policy is powerless in the current circumstances, with nominal interest rates at or near zero, with some central bankers pretending to be useful by running QE programs.

This brings us to the confusing debate on fiscal deficits between the leaders of the three major contending parties in the upcoming Canadian federal election.

Justin Trudeau and the Liberals want to create an extra tax bracket for the rich, and they intend to increase government expenditure and the public deficit to counter the present economic slowdown or recession. Thomas Mulcair and the New Democrats say they will not increase tax rates on personal income, and they vow to keep their first federal budget in balance. Stephen Harper and the Conservatives promise more tax reductions and a balanced budget.

The NDP stand is nothing new. Back in September, 2008, former leader Jack Layton happened to be in front of me at the security gate at the Ottawa airport, and I told him that to pre-empt a huge recession, he should ask for a stimulus program and argue in favour of a large federal deficit. Mr. Layton responded that provincial NDP governments had run eight balanced or surplus budgets in a row, and told me that if I held such crank ideas, I ought to start my own political party.

I didn't have to do such a thing because just two months later, the NDP, along with the Liberals and the Bloc, all demanded the implementation of a fiscal stimulus package, which the Conservatives stubbornly refused to design until January, 2009, when the IMF recommended such a policy.

Many of my more Keynesian colleagues are puzzled as to why the NDP is taking such a stand about balanced budgets, as Mr. Mulcair is apparently more concerned with "sound finance" than with "functional finance." The latter doctrine says that a public deficit in itself is neither good nor bad: What matters is to procure sufficient stimulus to counterbalance the loss of aggregate demand coming from the private sector. As Richard Koo, the famous Japanese financial adviser, has explained in his book The Holy Grail of Macroeconomics, if firms do not invest their profits while households are saving their income or deleveraging, someone else has to spend.

Many of my brothers-in-law (my spouse has six sisters) are also puzzled by the current debate among political parties. They used to tell me that an NDP government would carelessly try to spend its way out of a recession while the Liberals or the Conservatives would craft balanced budgets.

Somehow, when right-wing parties run deficits, nobody in the banking industry or in the mainstream media seems to care, whereas it is anathema when a left-leaning party does such a thing. When Ronald Reagan pursued his supply-side economics program in the 1980s, reducing tax rates, creating huge budget deficits and inadvertently becoming the U.S. president to have pursued the most Keynesian fiscal program, public deficits were off the radar. But as soon as Bill Clinton and Barack Obama came to power, fiscal deficits and debt ceilings became the talk of the day.

The well-known Polish economist Michal Kalecki wrote that "the social function of the doctrine of 'sound finance' is to make the level of employment dependent on the 'state of confidence.'"

Sound finance, like a free-trade agreement, is just another trick in the hands of powerful vested interests to gain more traction in society. It is regrettable that Mr. Mulcair feels that he has to abide by it in order to get elected.

A sound fiscal position is not crucial to economic growth and job creation over the long term, in contrast to what the newly adopted Federal Balanced Budget Act is claiming. Countries such as Botswana, Iran, Estonia and North Korea have public debt ratios that are much lower than Canada's. But I doubt many Canadians would like to live there. 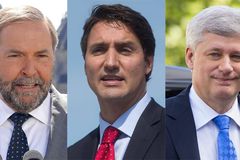 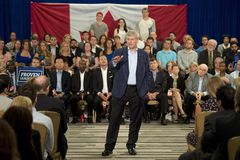