Anita Anand is the J.R. Kimber Chair in Investor Protection and Corporate Governance at the University of Toronto law faculty.

Dual-class share structures are fundamentally unfair: They leave the subordinate shareholders unprotected and cry out for a response from securities regulators. Proponents of such structures call up the success stories – Fairfax, Onex – but rarely do they focus on the incontrovertible truth that dual-class share structures undermine corporate-governance standards because the subordinate shareholders carry a lopsided share of economic risk relative to their ability to influence the corporation's affairs.

In particular, these shareholders cannot elect directors, approve financial statements, appoint auditors or ensure change through their vote. Their rights are meaningless in the face of the proportionately greater risk they bear. Dual-class structures thus undermine existing accountability mechanisms in the corporate statute. Because the jurisdiction of securities regulators is founded on investor protection and the public interest, dual-class structures should be further regulated, if not prohibited, in capital markets.

Why? Dual-class firms, and the holders of the superior voting shares, should not be permitted to enjoy the benefits of going public without the commensurate economic burden. A primary purpose of going public is to give the corporation access to funding from the public at large. It is unfair to allow corporations to enjoy these benefits without also taking on the corresponding burden of adequate protection for public shareholders.

Proponents of dual-class structures use a "caveat emptor" argument: Investors are not unfairly treated given the disclosure to which they are entitled, including information about the firm's capital structure. While non-voting shares have their drawbacks, there is a price at which the market is willing to accept the drawbacks.

But dual-class structures insulate management and the board. They are detrimental to outside shareholders because they undermine accountability mechanisms built into the corporate statute, including the ability to elect directors. Shareholders carry the financial risk without the corresponding voting power to alter the board or effect change.

In short, dual-class structures favour insiders who have fewer checks on self-dealing and an unfettered ability to define executive pay, bonuses and stock-option plans. They preclude subordinate shareholders from mounting successful challenges to the leadership of a public corporation as well as fundamental changes that it seeks to implement. They therefore open the door to entrenchment, allowing senior officers and directors to shirk their duties or divert profits.

Presumably, dual-class structures are permitted because they represent free contracting between investors and the firm. But the relationship is not simply contractual; it has a securities regulatory overlay premised on the principle of investor protection. As the Supreme Court of Canada has held, securities regulators have a duty to act in the public interest and to protect the public on a prospective and preventive basis. When put into practice, this mandate does not allow securities regulators to overlook acts of the public corporation that silence investors by preventing them from participating in corporate decision-making. Securities commissions must, then, do more to protect subordinate shareholders in dual-class firms.

If securities regulators are unwilling to ban dual-class shares altogether, they should consider the following options.

First, regulators should require that issuers subject their dual-class structures to a sunset provision. Once a company goes public, the structure would be permitted to remain in place only for a limited time unless subordinate shareholders vote to retain it.

Second, recalling the controversial collapse of the dual-class share structure in Magna International Inc., regulators should subject the terms of any buyout of the dual-class firm to procedural safeguards, including a majority of the minority vote, a fairness opinion and a mandatory recommendation of a special committee of the board formed for the purpose of evaluating the transaction.

Finally, in change-of-control transactions, regulators should ensure that, at a minimum, all shareholders have a number of votes proportionate to their economic interests. A similar rule is warranted in the case of changes of control by means other than a takeover bid, such as a proxy contest.

Remember, not all dual-class firms are run as well as Fairfax and Onex – take Bombardier. Reforms are needed to ensure that all shareholders remain on a one-to-one footing regardless of the proposed change-of-control transaction and the means by which it occurs. That would be a good start. 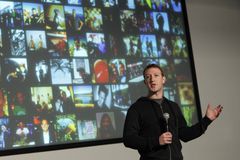 Opinion
To exert influence, shareholders must do more than withhold votes
February 10, 2016 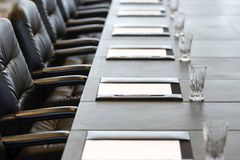 Opinion
Dual-class shares are the third rail in Quebec
July 24, 2015 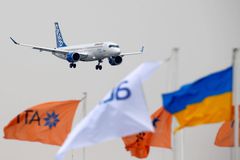