Ron Piovesan is a technology business development executive who has worked for startups and large enterprises. He has lived in Silicon Valley for 15 years.

We go to tech conferences together. We go to evening socials and networking groups together. Of course, there are always hockey and baseball games to go to. We know each others' kids.

We do a lot of things you'd expect a network of Canadians in tech would do, except for one. We don't live in Canada – we live in Silicon Valley.

This week, it was Toronto Mayor John Tory. I attended a reception he hosted with the mayors of Kitchener, Waterloo and Cambridge, Ont. There were about 200 people in a room that should only hold about 150, according to the fire marshal (that was a running joke throughout the evening).

The pitch was half emotional, half rational.

On the emotional side, it was: "Move back to Toronto because it's a great city and your friends and family are still there and they miss you."

On the rational side, there were a lot of stats on the quality of life and how the Toronto-Kitchener-Waterloo corridor is one of the best areas in the world to launch a startup.

Were these all good points? Yes.

Have we heard them all before? Yes.

Will they make us consider moving back? No.

But although every Canadian in the room had heard this pitch before, we still showed up to hear it. And therein lies the value.

On the business side, these events keep Canada top-of-mind, reminding us that there is a market and great talent back home. As a result, you do often see tech companies and ventures in the Valley reaching out to see what's going on in Canada.

The government visits, coupled with support for groups such as the C100, a business networking organization for Canadians here, do seem to have influenced the Silicon Valley venture money that has poured into Canada. The C100 claims that more than $3.3-billion (U.S.) of it has been invested in the 200 Canadian startups that have gone through its mentoring programs. Surely not all of this can be attributed to C100 events, but they've certainly helped.

Government – and C100-sponsored events and visits also help keep the Canadian community here strong. They give us an excuse to hang around with each other and network. I've joked with American, Indian, Israeli and European friends that the "Canadian mafia" is one of the largest and secretly most powerful in Silicon Valley. Actually, I'm not entirely joking.

On a more abstract level, having Canadian leaders come down here helps us stay connected to home. Knowing that your country still cares about you, even though you haven't lived there for years, even decades, is important. I've met people who left Canada in the 1990s, 1980s, even the 1970s, who have no family left in Canada, yet still come out to these events. They're always well attended, by the same old faces and by some new ones.

Silicon Valley is a very data-driven place. We pride ourselves (truthfully or not) on our ability to make rational, strategic decisions based on cold hard numbers. But I don't have any data to prove that any of these initiatives are really helping power the growth of tech in Canada. There may be some correlation, but of course, that doesn't equal causation.

Anecdotally, though, these visits do serve a purpose. They bring the Canadian tech community in Silicon Valley together – and for at least a few hours, they get us talking about how to better engage with our counterparts back home. 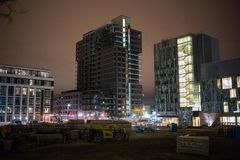 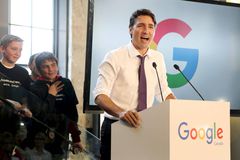