The Canadian media universe is aflutter over the possible collapse of the renegotiation of the North American free-trade agreement. After all, NAFTA and its precursor, the original Canada-U.S. free-trade agreement (FTA), have been the underpinning of Canadian prosperity and economic growth for the past 30 years.

U.S. President Donald Trump has often threatened to tear up the arrangement, and reports this week suggested he was on the verge of announcing the required six-month notice of withdrawal, triggering general alarm and a sharp, if brief, drop in both the Canadian dollar and the Mexican peso.

When I was negotiating the original FTA, I was struck by the high drama in the Canadian media, who covered every twist and turn in detail, with a large contingent of reporters waiting outside every negotiating session to question the principals. Meanwhile, in the meeting room, the atmosphere was largely one of boredom as the busy work of negotiations proceeded without any engagement on the real issues.

It took a breakdown of those talks before the real talks could begin.

Without any inside information, I believe the current talks are facing the same situation.

The current negotiations were triggered by the Trump administration's bizarre claim that NAFTA was a one-sided deal that produced huge trade deficits with Mexico (true) and Canada (demonstrably false). The United States tabled outrageous opening positions (five-year sunset clause, eliminating dispute settlement, tilting rules of origin, dismantling supply management and curtailing access to government procurement) and then proclaimed its indignation that Canada (and Mexico) has not been accommodating. Meanwhile, the Canadians and Mexicans have reportedly not offered serious counterproposals of their own, rejecting the American demands out of hand as "poison pills." Under the circumstances, I accept that it is highly likely that Mr. Trump will take the next step and invoke Article 2205 of NAFTA to allow the United States to withdraw at the end of six months.

Prudently, the Canadian government has taken steps to soften the blow. It has reached out to stakeholders directly and through the media to warn that we should expect the trigger to be pulled. It has tried to formulate proposals that, without completely caving in, would go some distance to meet U.S. demands and provide a basis for the President to declare victory. It has also reminded people and markets that the withdrawal notice would not mean the immediate demise of NAFTA – the President would not be bound actually to withdraw at the end of six months, and Congress and the courts would have their say – and that even if the deal were terminated, the impact, while significant, would not be devastating. These are all necessary and sensible steps.

However, these steps may not be sufficient. The situation remains high-risk, particularly given the President's regular unpredictability. This risk, in and of itself, significantly raises the cost of doing business for Canada's exporters. As an open economy, we (and the Mexicans and the Americans themselves) will pay a penalty for this disruption. It only remains to be seen how long the uncertainty will last and how high the penalty to be paid.

It is perhaps worth recalling that the original FTA, on which NAFTA was later built, was also negotiated under difficult circumstances. While U.S. tariffs were much higher than they are today, they were never the real issue, and both sides quickly agreed generally to eliminate them within the decade. The real issue then, as now, was unilateral American "unfair trade" actions applied aggressively and unreasonably against successful imports from Canada, most notably on softwood lumber. Our embassy also reported that about 200 protectionist bills were being considered by the U.S. Congress.

The remedies offered by the GATT (General Agreement on Tariffs and Trade, precursor to the World Trade Organization) were too little and too late to prevent serious damage.

In this climate, prime minister Brian Mulroney seized on the goodwill of president Ronald Reagan to launch the arduous negotiations that resulted more than two years later in the original free-trade agreement. The result did not guarantee fair play by the Americans (as demonstrated in the succession of softwood lumber cases) but it did give Canadian exporters a fighting chance. That is all we can hope from the present negotiations.

Given the U.S. President's take-no-prisoners rhetoric, the challenge will be great, but perhaps not impossible. 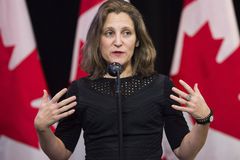 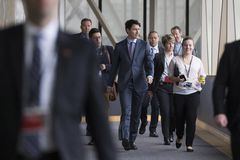