Successful companies are the ones that take an idea, mould it into a product or service, and then continue to make it better – tweaking it, trying new materials, incorporating new ideas as time goes by. These are the companies in which most of us invest; this is the process that most of us understand.

But who invests in The Idea?

This question goes to the heart of a vital debate: What is the right balance between fundamental and applied research?

The case for fundamental research received a major boost with the announcement this week that Canada's premier home for foundational thinking – the Perimeter Institute for Theoretical Physics – has just attracted more than $4-million in new investments from some leading names in the Canadian private sector.

The donations – from Cenovus Energy, Gluskin Sheff, the Peter and Shelagh Godsoe Family Foundation, the Riddell Family Charitable Foundation and the RBC Foundation – will advance the cause of theoretical physics significantly, and we should all applaud these donors for their generosity.

The announcement of these investments is also timely, as Perimeter just assembled the world's leading physicists for Convergence – a unique gathering that challenged physicists to step back, look at the big picture and chart a course for 21st-century physics.

The conference is precisely the kind of boundary-hopping collaboration Mike Lazaridis envisioned 15 years ago when he made his unprecedented investment to launch Perimeter. He understood, and has been explaining to the rest of us ever since, that breakthroughs happen when brilliant minds are given the freedom to probe the nooks and crannies of reality – when exceptional people ask fundamental questions about the deepest problems and make extraordinary discoveries that benefit us all. Without such foundational thinking and discovery, there can be no applied research.

Practically every technology on which we now rely, from flash drives to the laser to medical diagnostics, has emerged from the answers to those fundamental questions. Common wisdom holds that one-third of the GDP of developed countries today depends on knowledge stemming from quantum physics.

The commercial applications are rarely obvious at first – it is 100 years later, yet we are only now reaping some of the benefits of Albert Einstein's profound insights. The ideas of Max Planck, Niels Bohr and other thinkers of Einstein's generation advanced human knowledge, science and technology, altering our lives forever.

Are we on the verge of the next scientific and technological revolution? Those of us who invest in Perimeter Institute are betting that we are. Bank of Montreal's largest-ever single donation to science and technology five years ago allowed Perimeter to recruit renowned physicist Xiao-Gang Wen to come to Canada. It is no coincidence that the chair he holds is named after Sir Isaac Newton, for Newton exemplified the spirit of exploration that Perimeter promotes. Many of the questions that drove Newton – What is the universe made from? How does it work? – are the same questions that fuel research at Perimeter to this day.

We are convinced that the next Newton – the next Einstein, the next Curie, the next Galileo – is already engaged in the dialogue with Perimeter. We view our role as empowering and encouraging them to think big.

The new knowledge and ideas they generate will inspire others to advance their fields and innovate, which will spawn entirely new applications and industries that we will invest in for the next 100 years and beyond.

A study a few years back suggested that the alumni of just one U.S. university, the Massachusetts Institute of Technology, could be credited with having created 25,800 active companies, employing more than three million people and generating annual world sales of more than $2-trillion (U.S.).

We expect nothing less from Perimeter Institute and other leading-edge research facilities, such as the Institute for Quantum Computing, that thrive across Waterloo Region's innovation ecosystem. If we can maintain our focus on fundamental research – if we don't let ourselves be distracted from the pursuit – we are confident that it will be Canadian-based researchers and entrepreneurs who will have the inside track on new knowledge and emerging technologies.

From that perspective, theoretical physics is a low-cost, high-yield investment. Perimeter scientists joke that all they need is chalk and coffee – yet those caffeine-fuelled conversations can spark returns that will sustain us for generations.

We don't yet know exactly what breakthroughs will happen next, where this new knowledge will lead us or what new technologies will follow. All we know for certain, from historical precedent, is that fundamental physics research is the surest catalyst of innovation.

Stephen Hawking, a distinguished visiting research chair at Perimeter, has said "the importance of special places and special times, where magical progress can happen, cannot be overstated."

We live in special times. We have special places – and Perimeter is one of them. It is an example of a successful public-private partnership, supported generously by the federal and provincial governments and the private sector.

This is as it should be. It is our governments' responsibility to future generations, and our business community's responsibility, to support these special places, and the remarkable talent within them, to make magical progress. 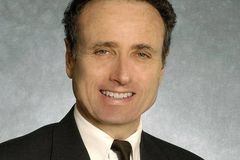 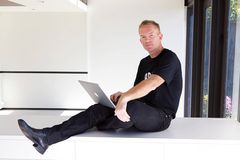 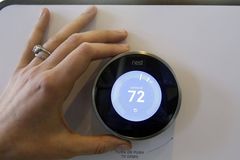