It was a bit rich this week to hear Donald Trump accuse the U.S. Federal Reserve of creating a "false economy" by keeping interest rates too low.

What does a former reality-TV star who lives in a Vegas-style imitation-Louis-XIV Manhattan penthouse know about what is and isn't real in this world?

Still, the Republican presidential nominee's critique of the Fed struck a chord among angst-ridden dismal scientists, gold bugs and Wall Street watchers unsure about whether the U.S. central bank's policies since 2008 have been helpful, hurtful or altogether meaningless.

What is clear is that, more than seven years into the most atypical recovery almost anyone can remember, confidence in the ability of the world's most important central bank to engineer the conditions for decent economic growth is about as low the current 0.5-per-cent Fed funds rate. This is a dramatic turnaround from previous decades, when the Fed was rightly revered as all-powerful.

Former Fed chair Ben Bernanke is mostly credited with helping avert a second Great Depression with aggressive monetary stimulus in 2008 and 2009, even if others accuse him of failing to pre-emptively spot the excessive risk accumulation that drove the financial system to the brink of collapse in the first place. But what has the Fed done for anyone lately?

A seemingly robust job market can't mask the anemic economic growth and productivity levels that have made this U.S. recovery the weakest in the post-Second World War era. And many fear the Fed, having grown its balance sheet with Treasury bond purchases and having kept interest rates near zero, will have little ammunition left to counter a recession when it inevitably comes.

Meanwhile, interest rates that have been so low for so long have created asset bubbles in U.S. stocks and commercial real estate that risk bursting at the slightest shift in monetary policy.

"They're keeping interest rates down so that everything else doesn't go down," Mr. Trump said Tuesday, suggesting that the Fed was deliberately trying to help President Barack Obama. "We have a very false economy … The only thing that is strong is the artificial stock market."

It wasn't the first time Mr. Trump has directly criticized current Fed chair Janet Yellen, whom he has said he would be unlikely to appoint to a second Fed term if he becomes president. "Janet Yellen should have raised rates," Mr. Trump said last November, just before the Fed did just that (however slightly) in December. "She's not doing it because the Obama administration and the President don't want her to."

Mr. Trump is nothing if not inconsistent. In May, when the Fed held off on raising rates after earlier vows to increase them, he appeared to endorse the move by warning that higher rates would boost the U.S. dollar, causing "havoc" for U.S. exports and increasing interest costs on the federal debt. He even raised the previously unutterable (by a presidential candidate) prospect of a default on or renegotiation of Washington's $19.5-trillion (U.S.) debt.

Mr. Trump's penchant for politicizing the Fed drew a stiff rebuke this week from Democratic nominee Hillary Clinton. "You should not be commenting on Fed actions when you are either running for president or you are president," she said. "Words have consequences. Words move markets. Words can be misinterpreted."

No one's more than Mr. Trump's. From immigration to the Islamic State, he never seems to mean quite what he seems to be saying. His comments on monetary policy are no different.

If he mostly got a free pass for attacking the Fed, however, it's because frustration with the U.S. central bank is palpable across the political and economic spectrum. Low interest rates have penalized middle-class Americans saving for retirement but rewarded stock market investors, who tend to be wealthy in the first place. Yet, low rates seem to have done little for the "real" economy, as manufacturing output and business investment remain sluggish. Activist groups on the left, such as Fed Up, accuse the Fed of not doing enough to stimulate the economy.

While monetary hawks would welcome a return to "normalcy" – and the higher real interest rates that characterize such a state of affairs – doves argue the Fed has made growth even weaker than it would have otherwise been by constantly suggesting it's poised to raise rates.

"They held out the prospect of tighter money, and that has had a discouraging effect on demand to a greater extent than would have been ideal," Lawrence Summers, a former U.S. treasury secretary who was once in the running to replace Mr. Bernanke at the Fed, told The Wall Street Journal last month. "They have lost credibility by constantly predicting tightening that, out of prudence, they didn't deliver."

Still, no one really wants to imagine what would happen if they ever did. 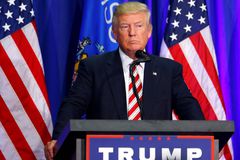