We need to put daylight-saving-time changes to bed.

As we prepare to move our clocks back an hour and revert to standard time, the case can be made that it's time to put the lights out on the time-change practice altogether. Daylight-saving-time changes were originally introduced in the first half of the 20th century as an energy-saving measure, but recent evidence shows that modern-day energy usage may actually increase as a consequence of daylight-saving-time changes, owing largely to the costs of using heating and cooling methods that weren't available a century ago. Pollution emissions may consequently also be higher with the clock changes than without.

There are also increased costs to individuals, businesses and governments that arise from daylight-saving-time changes. Some clocks still need to be manually adjusted, some computer systems need additional monitoring, and of course there are the endless mix-ups that arise from time changes. Who among us hasn't inadvertently shown up an hour early or an hour late after the shift in time?

There are biological considerations to consider as well. As anyone who has ever experienced jet lag can attest, humans are not well suited to shifts in our circadian rhythm. Getting up either an hour earlier or an hour later than usual can lead to what psychologists call sleep desynchronosis. Cognitive impairment associated with this state of mind has been shown to significantly increase the risk of car accidents – whether the clocks shift forward or back. Sleep is so critically important to a well-functioning brain that sleep disruption has been implicated as a potential factor leading up to the Exxon Valdez oil spill, the space shuttle Challenger explosion, the Chernobyl nuclear mishap, and other disasters worldwide.

Daylight-saving-time changes also play a role in financial markets. Research I undertook with professors Mark Kamstra of York University and Maurice Levi of the University of British Columbia, published in the American Economic Review, shows that stock markets may fall back whenever people collectively reset the clocks to gain or lose an hour. We looked at stock-returns data for Canada, the United States, Britain and Germany, and found returns tended to be lower on average on the Monday after the time change, both in the spring and the fall, perhaps due to heightened anxiety arising from market participants' disrupted sleep schedules.

Two American states (Arizona and Hawaii) and one Canadian province (Saskatchewan) already have opted out of daylight-saving-time changes, and several U.S. states are actively considering abandoning the time change, most recently Maine and Massachusetts.

Among some critics of time changes, there is a preference to observe daylight-saving time year-round (as opposed to either changing the clocks twice a year or observing standard time year-round). This position rests on the assumption that there are public-safety benefits associated with the increased light during evening hours associated with daylight-saving time. These purported benefits include reduced pedestrian fatalities, increased vitamin D exposure and reduced violent-crime incidence. The evidence of such benefits is mixed, but if found to be widespread may help make the case for a time-change-free future that happens to make daylight-saving time the default (which would be equivalent to everyone permanently shifting their clocks one time zone to the east). 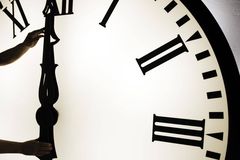 Studying the relation between spring and spiking suicide rates
March 27, 2016 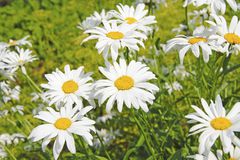 The rise in 'petextrians,' daylight saving time and a quest to save lives
November 5, 2016
Follow us on Twitter @globeandmail Opens in a new window
Report an error Editorial code of conduct