Michel Kelly-Gagnon and Youri Chassin are president and research director, respectively, of the Montreal Economic Institute.

Another round of discussions involving negotiators from each of the 12 countries looking to sign the Trans-Pacific Partnership ended Monday in Guam. A TPP deal could prove very positive for Canadian prosperity. Not least among its benefits could be the end of Canada's obsolete supply-management policies for the dairy, poultry and egg industries.

The price setting, tariff protection and supply control that make up these policies ostensibly benefit about 15,000 farmers, if one takes a narrow view, but they do so to the detriment of the other 35 million Canadians. It's a mark of shame for what is otherwise a trading country, and it should be abolished – even if doing so doesn't end up being a prerequisite to signing on to the TPP trade deal.

Supply management hurts all Canadians as consumers by forcing us to pay more for milk, chicken, eggs and other products that use these foodstuffs as ingredients. Importantly, according to a study by researchers from the University of Manitoba published in the latest issue of Canadian Public Policy, it disproportionately hurts poor Canadians and Canadians with children.

These researchers found that supply management imposes a burden of $554 a year for the richest 20 per cent of households, representing 0.47 per cent of their incomes. The burden for the poorest quintile of households is $339 a year, which is lower in absolute terms but represents 2.29 per cent of their incomes. In relative terms, these policies therefore hurt poor households almost five times as much as rich households, making them heavily regressive. As for families with children, they are hurt 55 per cent more than childless households in absolute terms and 21 per cent more in relative terms.

Supply management is also regressive in who it helps. The same researchers point out that the average income for dairy-producing Canadian households was around $110,000 in 2009 and $119,000 for poultry- and egg-producing households. Since mean Canadian household income was just $68,000 in comparison, the average effect of these policies is to transfer income from the less well-off to the better-off.

These policies are harmful in other ways, too. Processors that make products such as butter, cheese, yogurt and ice cream are hurt by the higher prices they must pay for the milk they use. Although Canadian consumers are in turn forced to buy their high-priced products – due to protective tariffs of up to 299 per cent – our processors lose out on potential markets beyond our borders because their products are simply not competitive.

All other Canadian businesses that rely on international trade are also harmed, including the majority of Canadian farmers who are not protected by supply-management policies. These policies have made it more difficult to negotiate trade deals and ask other countries to lower their trade barriers on Canadian goods and services.

Even dairy and poultry farmers themselves, the direct beneficiaries of supply management, are harmed by the system, which provides them with little incentive to innovate and become more productive. As former Liberal parliamentarian Martha Hall Findlay pointed out in a 2012 University of Calgary School of Public Policy research paper on the issue, this is unfair to efficient farmers, whose opportunities to expand and compete internationally are constrained by the current regime.

The only reason supply management remains in place is the perceived power of the dairy and poultry lobbies, and the strong risk aversion that permeates the world of electoral politics. Yet even if it meant making enemies of dairy and poultry farmers (which needn't be the case), abolishing supply management should not frighten politicians, since the number of such farmers has plummeted by more than 90 per cent in the past 50 years. According to Ms. Hall Findlay, the remaining farms are heavily concentrated in electoral districts that predominantly support one particular party or another, and so very few of them would actually be won or lost over this issue.

It should be possible to avoid confrontation if we follow the example of Australia, one of the other 11 countries involved in the TPP negotiations. Its government successfully dismantled dairy-industry supply management 15 years ago. In order to help dairy producers adjust to the new reality, the government bought back their production quotas, financed with a temporary 11-cent-a-litre tax on milk. Such a program respects the fact that most farmers have been required by government policies to spend considerable sums buying those production quotas in the first place.

Equally important, the Australian dairy industry did not collapse once the government stopped supporting it through regulation. Instead, less-efficient farmers cashed out, while the more efficient increased their productivity. Notably, total dairy product exports grew by about 200 per cent from 1990 to 2002 as government support was withdrawn.

Most Canadian farmers are able to get along without supply management. With TPP negotiations perhaps coming to a head in the coming weeks and months, it's high time for the government to let dairy and poultry farmers succeed through a more natural process based on voluntary exchange.

Canada-Japan trade talks stall with no meetings in sight
May 24, 2015 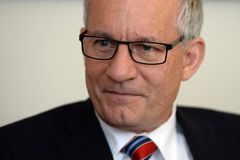 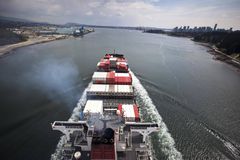 Opinion
Trans-Pacific trade deal is down to the wire. Speak now, Canadian business
May 12, 2015 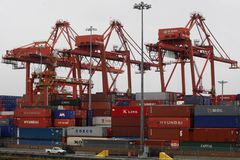