A lot of balls are in the air, but a final Trans-Pacific Partnership trade agreement is getting closer. It may be closer than we think, with a crucial meeting of top officials from all 12 negotiating countries slated to begin this week in Guam.

Some final horse-trading is needed. For one thing, the Americans have not yet struck a market access deal with Japan, a key component that will become part of a final TPP deal.

But the trans-Pactific agreement is definitely getting closer, and if the U.S. Congress agrees to give President Barack Obama his long-sought trade negotiating authority for these talks, things will really start to move.

Even at this late stage, apart from some leaked documents here and there, no one outside the negotiating room has detailed knowledge of the deal's core contents. That's unfortunate, since governments need to pave the way for public acceptance.

But we do know that when it is unwrapped, the machine will be very large and bulky, opening up a huge number of sectors for goods, services and investments. It will go well beyond the border and deep into the realm of domestic policy, including environmental protection, intellectual property, competition law and electronic commerce.

The agreement will drastically cut back protectionism in agriculture, including (we hope) the massive subsidies bestowed on U.S. farmers. This will be a boon to Canadian agrifood exporters.

So, we should get ready for a TPP to be announced, possibly in coming weeks. Unlike citizens of other participating countries, Canadians have not been paying enough attention.

Apart from regular encouragement by a few business organizations, including the Canadian Chamber of Commerce, the Canadian Council of Chief Executives and the Canadian Manufacturers and Exporters, the private sector seems largely absent from engagement.

I have not seen many major CEOs standing up to champion a TPP deal – unlike, say, when key executives voiced loud support in the 1980s for a free-trade deal with the United States.

Why bother, cynics might ask. They point to failed examples, such as the World Trade Organization's Doha Round negotiations, which ground down after 10 fruitless years.

Some might note that even the Canada-EU trade deal is encountering pushback, with powerful voices opposing ratification on the other side of the Atlantic, and Mr. Obama still facing an uncertain mandate on the TPP talks.

All this has dampened audible Canadian support. It does exist, but it is not being voiced loudly enough.

Canada's declining trade performance is reason enough to support this exercise. While we are more or less holding our own in merchandise exports – 12th globally in 2014 – that is largely due to oil, so that ranking is about to fall. On exports of services, Canada comes a middling 18th, behind countries such as India, Spain, Ireland and Belgium. By reducing trade barriers in Asian markets and the United States, a TPP deal will help correct this.

At the end of the day, however, any agreement is just a framework and a set of rules. If exporting industries do not use enhanced market access to their advantage, Canada will drop further down the trade performance ladder.

So it will be important to keep one eye on the U.S. Congress and another looking across the Pacific as the process moves forward this spring and summer.

A political issue is looming for Prime Minister Stephen Harper's government. A TPP agreement that requires Canada to loosen up on supply management, notably dairy, will be a hot button in an election year. The powerful dairy lobby is doing its best to torpedo the whole thing.

But if a final TPP deal that includes the United States and Japan offers significant economic gains and more jobs for Canadian exporting industries, the Conservatives will be hard-pressed to refuse it.

Lawrence L. Herman, principal at Herman and Associates, practises international trade law and is a senior fellow of the C.D. Howe Institute in Toronto. 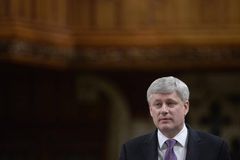 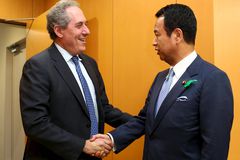