U.S. president-elect Donald Trump appears willing to challenge the global status quo from the Middle East to Russia to China.

As is well known, Mr. Trump has described China as a currency manipulator, unfair trade partner and aggressor in Asia, among other things.

At his news conference on Jan. 11, he reiterated his view that China is "totally taking advantage of us."

Judging from his views and his choice of nominees, Mr. Trump may retaliate against China in serious ways. While such action may brow-beat China into greater co-operation, it might also trigger a trade war that hurts the global economy and generates a Sino-American cold war, reversing the diplomatic breakthroughs of the 1970s.

Yet, there is another problem of strong-arming China that Mr. Trump's team should consider: Retaliating against China may well weaken U.S. influence with Beijing on myriad non-trade issues such as security. This is likely not only because bilateral tensions would complicate matters, but also because, as political economist Albert Hirschman suggested decades ago, the side that gains more from economic interaction and trade loses political influence because it would suffer more if the relationship were hurt.

Since the U.S. trade deficit with China has averaged over $300-billion (U.S.) a year since 2010, Beijing has a lot more to lose if the relationship falters, which gives Washington some leverage.

If China were to gain less from U.S. trade (and broader economic engagement with the United States) because of rising bilateral tensions and punitive trade measures, America would probably lose leverage to gain China's co-operation.

That would hurt such efforts as to contain a belligerent North Korea, where China holds a lot of the cards; to manage a resurgent Iran to which China has sold significant technology and arms; to curb cyberwarfare where Beijing has excelled in troubling ways; to address terrorism which requires intelligence sharing; and to limit China's excesses in the South China Sea. Indeed, Rex Tillerson, Mr. Trump's nominee for secretary of state, recently asserted that China should be denied access to the artificial islands that it has built in the contested South China Sea, setting up a possible U.S.-China confrontation.

Trade tensions or conflict could also undermine the United States' ability to engage in linkage diplomacy. As any diplomat will attest, countries that want to achieve their national goals peacefully sometimes link two separate issues in a tradeoff of benefits. For instance, according to The New York Times, President Barack Obama sent a secret letter to Russia's President in February, 2009, indicating that if Moscow helped stop Iran from developing long-range weapons, Mr. Obama would be less likely to deploy a new missile-defence system in Eastern Europe. Or, as another example, the United States threatened not to support China for special trade status if Beijing vetoed the November, 1990, war resolution against Iraq. China would be less likely to respond to American linkage strategies in the face of trade conflict.

The loss of U.S. influence with China would produce costs that are not readily apparent, but are real. Foregone co-operation can alter the course of history just as much as actual co-operation.

But does the potential downside of a trade conflict mean that Mr. Trump should ignore China's infractions? Of course not. He should address them, preferably with multilateral institutions and multilateralism in a non-confrontational manner. If that fails, then stronger measures may be necessary. Yet, the Trump team should carefully sketch out how trade tensions or conflict will potentially hurt China's co-operation on unrelated issues and to what extent Washington can fashion policies to make up for that lost co-operation. If these costs are expected to be high, perhaps confronting China on trade won't make sense or perhaps other approaches such as linkage strategies may work better. Imagine, for instance, helping China exploit its huge shale gas deposits in lieu of dirtier coal, in exchange for Beijing limiting some of its adventurism in the South China Sea or not dumping steel in U.S. markets or co-operating more on intellectual property rights.

To be effective in foreign affairs, Mr. Trump will have to appreciate the broader context and spillover effects of his actions.

If history teaches us anything, it is that failure to appreciate the big picture has real consequences; that even the strongest countries have struggled to translate their superior capabilities into influence.

U.S. and Canada falling behind China in race for renewable energy
January 6, 2017 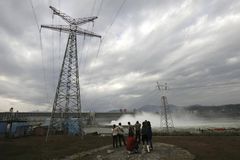 Why Trump should fear the mighty U.S. dollar
January 12, 2017
Follow us on Twitter @globeandmail Opens in a new window
Report an error
Due to technical reasons, we have temporarily removed commenting from our articles. We hope to have this fixed soon. Thank you for your patience. If you are looking to give feedback on our new site, please send it along to feedback@globeandmail.com. If you want to write a letter to the editor, please forward to letters@globeandmail.com.
Comments