Ian Clarke is an artist, brain-cancer stem-cell scientist, urban farmer and biomimicry design researcher. He is associate dean of the faculty of liberal arts and sciences and School of Interdisciplinary Studies at OCAD University.

It's time we learned to embrace inefficiency. That may sound like heresy in a time when we are told that we must increase our competitiveness to become leaner, to increase productivity, to become more efficient to compete in the global marketplace. But it's time we stop to reflect on how we use the term "efficient" and the consequences of this goal on the future employment prospects of millions of Canadians, and on the environment.

The burgeoning urban and near-urban agriculture trend in North America and around the world exemplifies how many small-scale, entrepreneurial businesses are inherently inefficient in how much labour they use. But this is something we should encourage and recognize as important for both economies and societies. When we talk about efficiency, we are usually talking about producing the most product or service for the least input or cost, including labour cost. But this definition of efficiency is counterproductive for job creation and for the environment. In Canada, we've seen a shift from large, industrial employers to service and entrepreneurial sector jobs.

Canada's official unemployment rate for July, 2016, was 6.9 per cent, with an additional 18 per cent having only part-time work. More than a quarter of part-time workers say they would like full-time work, but are unable to find it. These figures don't even include people who have given up trying to find work, as they are not included as unemployed by Statistics Canada. Most estimates put the real rate of unemployed and underemployed as approximately double the official unemployment rate.

So there are about 2.7 million Canadians who are unemployed or underutilized but want to work. This is an enormous drag on our economy and our society's well-being. The real measure we should aspire to is an economy that is most efficient at producing meaningful jobs and quality of life for as many people as possible, while using only renewable supplies of material resources and energy.

The urban agriculture sector is expanding rapidly, for both personal use and commercial growing. Its scale ranges from tiny backyard plots to community and school gardens to larger commercial farms within and next to the city limits and hydroponic greenhouse operations on industrial rooftops, such as Lufa Farms in Montreal and Gotham Green in Brooklyn, N.Y.

My own research at OCAD University – the Passive Urban Greenhaus project – has demonstrated that with proper solar-heating design, greenhouse growing is possible throughout the cold of a Toronto winter with little to no additional heating. This kind of design could expand urban agriculture into the winter with greatly reduced carbon emissions. These green spaces add benefits to our well-being: In temperatures well below zero, it is a transformative experience to shovel through the snow to our university rooftop greenhouse and step inside, smelling the earth and seeing the plants growing. Gardening has been linked with reduced levels of stress, depression and symptoms of ADHD. It has even been linked to living longer.

Toronto is rapidly becoming a leader in urban agriculture. The city has a greenbelt that protects agricultural land just outside the city. It has a food policy and action plan that encourages urban agriculture and is signatory to agreements such as the Milan Urban Food Policy Pact. Portions of the redeveloped Toronto Downsview Park have been set aside for urban farms.

Globally, a recent survey found that 5.7 per cent of the world's total cropland is urban, and that it produces more food per hectare than traditional rural farms. Studies have shown that Toronto has 6,200 hectares that could be made available for agriculture on unused rooftops and hydro corridors. These green roofs would provide an ongoing municipal savings of approximately $37-million a year in infrastructure costs and additional savings to businesses and residents on air-conditioning costs. In 2009, research from Detroit showed that if 20 per cent of fresh food was grown within the city, it would create 4,700 jobs and bring in nearly $20-million in taxes. Urban agriculture is very efficient at producing both food and jobs.

To those interested in history, this may sound familiar. During the world wars, the government encouraged people to plant food gardens in all available urban spaces. In 1944, the United States produced more than eight million tons of fresh fruit and vegetables in these so-called victory gardens, equal to the amount grown by all commercial growers that year.

There is a resurgent interest in such gardens, whether it's for the sheer joy of picking a ripe tomato from the vine or for more cautionary reasons. Our supply chain is susceptible to major disruptions from extreme weather events that climate models predict will become more frequent. Due to its reliance on imported produce and large-scale distribution, Toronto has, on average, just three days of fresh produce available. Michelle Obama planted a kitchen garden at the White House to promote the value of urban agriculture.

Biologists also talk about the productivity and efficiency of an ecosystem. The energy is the sunlight captured by photosynthesis that drives the system, but that's not the whole story. Many other essential resources are needed for productivity, such as water, fertile soil and a favourable climate. However, when we speak of efficiency of resource use, an interesting trend emerges. The more diverse an ecosystem is, the more efficiently it uses resources.

Efficiency does not come from maximizing the yield of one species, but in maximizing the biodiversity of the total system. Adaptation and evolution drive each of the thousands of species present to find any available resource, to specialize, to form mutually beneficial relationships and avoid competition. Over time, this results in a multitude of amazing creatures, each with different skills and needs, but as a whole, the system is able to capture, utilize and recycle resources with maximal efficiency. In addition, this diversity creates a type of resilience to environmental fluctuations – it's ecological insurance. A diversified ecosystem is like a diversified portfolio, which is likely to weather market fluctuations better than a single stock.

Today, 75 per cent of the world's food is generated from just 12 plant and five animal species. In North America, most crops are grown as monocultures, with one variety of plant grown in a given area. This makes it easy to mechanize the process and produce large yields of one crop through industrial agriculture, but it's the very opposite of a resilient, biodiverse ecosystem. One farmer can grow and harvest vast areas of land, but the process is completely dependent on intensive mechanical and chemical inputs such as fuel, fertilizer, herbicides and pesticides. What used to take many people can now be done "efficiently" by a few using machinery and fossil fuels. However, industrial agriculture practices and food transportation are among the largest sources of chemical pollution and a major contributor to greenhouse gas emissions leading to climate change.

Modern civilization has risen on our ability to dig from the ground vast quantities of fossilized sunlight energy in the form of coal, oil and natural gas. This energy was captured by plants hundreds of millions of years ago left for us through the quirks of Earth's evolution and geology. It's a vast storehouse of energy to power our modern world, but we have dug up and burned these fossil fuels at an amazing rate, changing the very chemistry of the atmosphere and oceans, leading to an increasingly changing climate. The urgent need to address climate change means that we need to shift away from fossil fuels as the default model of global production and distribution.

We are not going to address climate change in the next 50 years by phasing out fossil fuels overnight and simply substituting renewable energy at the same scale. Although the U.S. solar industry now employs more people than the oil and gas sector, it will take decades to build infrastructure to increase renewable energy to that scale. It is wishful thinking to suggest that we don't also have to address total energy consumption, especially in the transportation sector, at least for the next few decades.

Urban agriculture is not a panacea and it can't replace rural farms. But it can reduce the carbon footprint of our food, help create resilient cities and food systems, reduce the urban heat island and air-conditioning costs, reduce demands on city infrastructure and create jobs. It is smaller in scale and usually more biodiverse. It responds to local tastes and demands, but it is technically inefficient, because the smaller scale relies heavily on local workers earning relatively higher wages.

However, urban agriculture is very efficient at producing good food and local jobs. We should embrace the future of such inefficiency – ultimately, we will find that it tastes good. 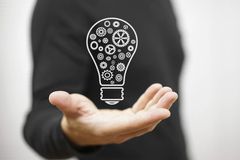 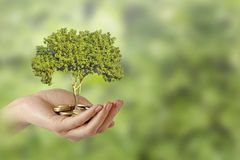