Neil Desai is an executive with Magnet Forensics in Waterloo, Ont. He serves as a Fellow at the University of Toronto's Munk School of Global Affairs and the Canadian Global Affairs Institute. He previously served in senior roles with the Government of Canada.

Corporate social responsibility (CSR) has become a staple of most globally competitive Canadian companies. Their activities usually come in the form of donations that align with the charitable interests of their customers, employees, shareholders or other stakeholders, with a parallel marketing campaign to ensure that goodwill is a known commodity.

Understanding the aspirations of key stakeholders and providing generous charitable donations isn't bad business. It can build brand affinity and employee satisfaction. But it shouldn't be confused with maintaining and strengthening a firm's social licence to operate – acceptance by key stakeholders including labour, shareholders, communities adjacent to its operations, interest groups and various levels of government.

Virtually all companies require a level of public trust to operate. Those who contract with the public sector, require public guarantees or protection to maintain their business-model or utilize natural resources often have a higher burden in achieving maintaining their social licence.

In recent years, Canadian companies, such as infrastructure giant SNC Lavalin, have run into serious trouble not because they didn't have CSR activities or that they picked the wrong causes to support, but because they allowed their public trust to erode through their international business development activities.

While CSR activities can help maintain a company's social licence to operate, its approach to its core business activities paves the road ahead. Acting within the law – both Canadian law and the foreign country's – is an obvious first step. However, it's the lowest common denominator, not the highest.

General Dynamics in London, Ont., has operated within Canadian export laws when completing a deal to send light armoured vehicles to Saudi Arabia. In fact, the company was required to obtain export licences from the Government of Canada before closing the deal. Despite operating within the law, the Saudi human-rights record has created uncertainty for the multibillion-dollar deal. Human-rights advocates, politicians and editorialists have all called for the deal to be rescinded, which could cause uncertainty for the future of the company in Canada.

Maintaining a strong social licence to operate may come up against short-term business objectives. It's difficult enough for major infrastructure, mining or defence players to turn down legal business opportunities or for a retail chain to not source product from a low-cost jurisdiction when they are up against earnings targets and shareholder expectations. It's even more difficult for small and medium enterprises that aspire to be global giants to say no to legal deals that have ethical conundrums associated to them.

There is no clear risk matrix for maintaining a firm's social licence to operate. Today's geopolitical reality changes rapidly. At the time a deal is closing, everything may look straight and narrow. But factors outside a company's control can change overnight, calling into question the ethics of the deal. So what are executive teams to rely on when considering such deals? How do they defend them when the terms of engagement change mid-course?

Corporations are not values-free entities. They may choose to avoid values-based management decision-making, but this does not absolve them of their moral responsibilities. Given the increased scrutiny on companies' social licences to operate, their leaders should consider the unwavering values required to maintain a strong social licence and operational decisions should be tested against them.

Joe Fresh and its parent company, Loblaw, were able to weather a storm surrounding the 2013 collapse of a production facility in Bangladesh, with lax building standards, from which it sourced garments – 1,135 individuals died and another 2,500 were injured in the incident.

While it's clear the company sourced goods from the country and facility because of their low cost, the fact that it had vendor standards, above those required by local law, and a record of audit against those standards demonstrated the company's intent and values to stakeholders. While the company initially faced a negative backlash, its previous track record coupled with commitment to stay in the country and community for production and to help improve conditions, without a legal obligation to do so, helped rebuild trust.

Turning down business opportunities is never an easy decision. However, when a deal is indefensible against a basic set of corporate values, passing on it can be justified to peers and shareholders. When the reality of a deal changes, but a company can demonstrate its commitment to genuine values at the time of transaction, stakeholders will be much more likely to give it an opportunity to make-right and regain its social licence to operate. 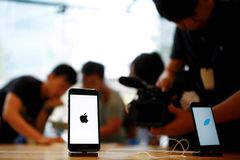 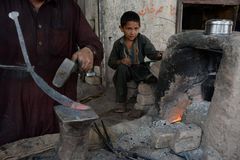