Jennifer Lynes is an associate professor and director of the University of Waterloo's environment and business program. Her area of expertise is the marketing of sustainability.

Are you one of millions of Volkswagen owners who just can't look your bug or Jetta in the headlights any more?

The company's use of a "defeat device" to skirt emissions testing has rocked both the business world and countless unwitting drivers. In just a few days, the reported number of cars affected by the company's deceptive emissions testing has widened to 11 million vehicles, from the initial estimate of about 500,000. While there have been numerous scandals over the years related to vehicle recalls, almost all of them have involved safety issues for the vehicle's occupants. In this case, the health impact of these diesel engines goes beyond vehicle passengers and owners, affecting the air everyone breathes.

For VW fanatics, the unveiling of this news is akin to finding out your favourite aunt (you know, the fun-loving one who always brings you the cool presents) has been leading a double life.

Analysts have been focusing on the financial repercussions related to the estimated $27.8-billion (U.S.) drop in share value (about a one-third drop in value in the first two days of trading after the scandal broke), and of the potential $18-billion in fines for cars sold in the United States alone.

While there is no doubt that investors should be running scared, the estimated financial aftermath of this scandal is just the tip of the iceberg. What is truly at stake here is VW's reputation as a trustworthy, reliable, socially responsible company.

The company was described as the "fastest riser" in Interbrand's 2014 Best Global Brands, the world's leading brand consultancy, which stated, "It is hard to find a global car brand that is as clear and consistent in its design and brand story. Volkswagen has made German engineering and reliable technology its hallmark."

Volkswagen was also the recipient of Germany's National Energy Globe Award, and was ranked 16th on Interbrand's "best global green brands" list for 2014. Magazines such as Forbes and Maclean's have ranked VW on their lists of notable socially responsible companies.

In addition to having a reputation for developing fuel-efficient cars, Volkswagen is known for its "fun theory" initiative, launched a few years ago, which encourages suggestions that will change people's behaviour for the better: "We believe more people will drive environmentally friendly cars if it's fun to do. We call it fun theory. Every environmentally friendly innovation we create is built on that simple insight."

Apparently regulations on emissions controls are not really that fun.

In 2011, Greenpeace began to criticize Volkswagen for the company's opposition to proposed controls on carbon-dioxide emissions and energy efficiency. To garner public attention to Volkswagen's stance on this issue, Greenpeace began running parodies of VW's commercial The Force.

What is most disappointing is this iconic company has broken our trust. Owners of the affected diesel cars purchased the vehicles in good faith that they were powered by "clean diesel." Instead, these cars have been contributing to air pollution at rates up to 40 times their reported emissions. (It's probably time for Volkswagen Canada to remove the promo banner on its website homepage that reads, "Avoid bad surprises.")

Volkswagen has committed the cardinal sin of "greenwashing" – the sin of fibbing. For all the many companies that have worked hard to undo the lack of consumer trust in green products, VW's move has put us back a decade, undermining any progress made in this area.

On the other hand, Volkswagen's incredible act of manipulation and deceit has given me a timely and compelling case study for the introductory course I teach in the University of Waterloo's environment and business program. 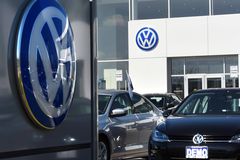 Opinion
Don't call it a scandal: Volkswagen corruption is a syndrome
September 22, 2015 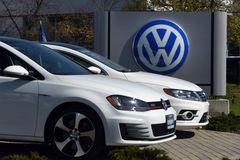