In a recent column, I criticized Canadian universities for turning away up to half of applicants for in-demand programs such as engineering, information technology and health care, while continuing to allocate much of their money to programs with poor job prospects.

That drew some indignant responses from supporters of liberal arts programs. One respondent, a Latin teacher with arts degrees in Latin, ancient Greek language and Greek tragedy, said employers "do not all want people who are trained seals and regurgitators ... who populate our science programs today." Apparently the engineers responsible for designing the transportation systems, communication networks, medical imaging devices and other wonders of our technological age are simply "trained seals," while medical researchers, physicians, technologists and those who learn specific skills are mere "regurgitators."

The person went on to say that arts and classics students "understand that their mind is theirs to educate for their fulfilment, not to train for some random future employer." Another respondent noted that liberal arts courses "educate the mind to think." Both apparently believe that possession of an arts degree is a vital prerequisite to one's ability to actually think

In a published letter to the editor, Association of University and Colleges of Canada president Paul Davidson attempted to justify the allocation of money to a wide variety of programs by dismissing my criticisms of liberal arts job prospects as "outdated." But the Organization for Economic Co-operation and Development report to which I referred, which showed the portion of Canadian university graduates working at "low skill level" to be the second-worst out of 11 countries, was published in 2010.

Another letter to the editor came from honours BA graduate Melissa Keith, of Lower Sackville, N.S., one of the victims of the policies Mr. Davidson defends. She wrote that she is currently enrolled in an engineering technology program, after wasting "income-generating years" earning a BA and a broadcasting diploma, and "losing my faith in the people who aren't upfront about poor wages and prospects in certain fields." It wasn't only Ms. Keith who wasted time and money on her arts degree, but also the taxpayers who support her university.

Fortunately, our community colleges are in the real world. As Association of Canadian Community Colleges president James Knight noted recently, "The technological sophistication of everything we do is increasing dramatically ... [T]is being the case, we need people with higher skill levels. We worked with the private sector to create the Employers' Coalition for Advanced Skills ... who foresee shortages for their industries."

Canadian Healthcare Association president Pamela Fralick is a member of that Employers' Coalition. In a pre-budget presentation in Ottawa in 2009, she said: "[T]e skilled labour shortage is not limited to the health sector ... from manufacturing to construction, forestry to mining, aerospace to hospitality; skilled workers are the lifeblood of these sectors and integral to our future economic successes." Fellow coalition member Paul Charette, chairman of Bird Construction, called for a more equitable university-college funding formula.

If you were the federal finance minister responsible for getting the best value for taxpayer dollars, what would you choose to do? Keep shovelling money at universities whose "academic independence" paradigm blocks the reallocation of resources to programs that meet the needs of employers and the career opportunities available for students? Or shift a greater portion of postsecondary financing to institutions that not only cost less per student, but actually consult with employers and focus programs to where the jobs are?

Canada has the world's highest rate of university attendance, but graduates have one of the lowest rates of finding "high skill level" employment. Parents are part of the problem of why our country faces critical shortages of important skilled trades. A friend's son is typical: After graduating from high school with mediocre marks, he wanted to go to a community college to learn auto mechanics. His parents insisted he attend university. After completing an arts and social work program, he finally found work at the service desk of an auto dealership. He often reminds his parents that he could have been one of the skilled service technologists in the repair shop – and he still plans to take that course.

It's way past time for universities to abandon their ivory towers and consider the needs of employers and the future of their students. 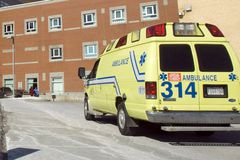 Opinion
If universities were in business, they'd be out of business
October 3, 2010
Opinion
A passport to learning, but not to the job market
April 24, 2011 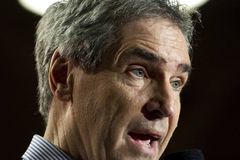