Lawrence Herman is principal at Herman & Associates and a former Canadian diplomat. He practises international trade law and is a senior fellow of the C.D. Howe Institute in Toronto.

Tuesday's announcement by the European Commission that the Canada-European Union Comprehensive Economic and Trade Agreement (CETA) requires the approval of the European Parliament as well as the 28 EU member states is frustrating. It means the agreement can't be fast-tracked through the EU Parliament alone, as had been hoped by Ottawa.

Just to back up for a moment, the Canada-EU negotiations ended in September, 2014, with a lot of fanfare and a joint press conference by then-prime minister Stephen Harper and former EU Commission president Jose Manuel Barroso.

However, even though the negotiations are now long over, the final text of the agreement hasn't actually been signed – the first formal step in the process – or submitted for ratification by the legislative bodies on both sides of the Atlantic.

Notwithstanding the publicity at the time negotiations ended, signals were clear that CETA would likely require the approval of all 28 EU member countries, and not just the EU Commission and Parliament in Brussels.

As EU Trade Commissioner Cecelia Malmstrom said Tuesday, "From a strict legal standpoint, the Commission considers this agreement to fall under exclusive EU competence. However, the political situation in the Council is clear, and we understand the need for proposing it as a 'mixed' agreement, in order to allow for a speedy signature."

In effect, what she was saying was that, if the Commission tried to ram CETA through under the sole jurisdiction of the EU executive, the Council (the senior body in the EU executive branch) would have rejected the move. As well, trying to force the deal through would have led to legal challenges before the European Court of Justice.

The Brussels announcement is, therefore, hardly a surprise. Those familiar with the arcane, byzantine EU system would have anticipated this from Day 1. The Canadian government was fully aware of this possibility, well before the Liberals took office last November.

As matters stand, we aren't certain how the agreement will fare as the internal EU ratification process unfolds. The Commission and Council (the two branches of the EU executive) are in favour. The position of the member states seems mostly positive, but we don't know how solid this support is.

The larger economies, such as France, Germany, Spain and Italy, are on side. But free-trade sentiments are on the defensive in many countries – witness Brexit – and there are some smaller EU members with unruly legislative branches where elected representatives hold negative views on the benefits of open markets, including CETA.

While changes to CETA's investor-state dispute settlement system have assuaged some concerns being voiced, it's not clear how much support this has actually gained.

There are other complications. Even with the Commission's decision to seek approval of all EU members, CETA could be held up as the European Court of Justice considers the legal issue of exclusive versus "mixed" competence.

Another complication is Brexit. As long as Britain remains part of the EU, it is included within CETA. The possibility of a pullout is a factor that colours the whole issue for the Europeans. And should Britain eventually actually exit the EU, Canada would lose access to a key market that was part of the negotiated deal.

So the question is, where do we go from here?

A first step, and a positive one, was Ms. Malmstrom's statement that even though clarifying jurisdiction of various EU bodies in trade matters is before the European Court of Justice, the Canada-EU agreement should be signed and implemented on a provisional basis. Provisional application is the right course of action.

For example, in the EU, customs matters are within the exclusive competence of Brussels. There is no need for approval of individual EU members for the Commission and the EU Parliament to reduce or remove duties on Canadian goods. On other matters, such financial and banking regulations, the EU organs in Brussels have exclusive authority under various EU treaties.

This is the right way to go. There are definite gains for stakeholders on both sides of the Atlantic in provisional application. Ottawa and Brussels must move quickly in this respect and not dither further.

Explainer
What you need to know about CETA Opinion
With CETA in peril, Canadian business needs to rally behind Ottawa 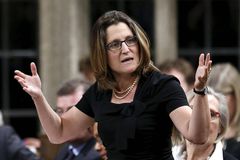 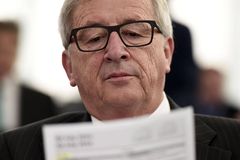