Louis-Philippe Rochon is a professor at Laurentian University and co-editor of the Review of Keynesian Economics.

In the end, what was meant to be a referendum about the economic benefits of remaining in the European Union proved to be about everything but. There will be countless analyses of the results and of the reasons that motivated the British people to vote to leave the European Union, but I fear that very few of these analyses will even come close to addressing the true underlying forces at work.

As an economist, I see in Brexit the revolt of the working class, lashing out at the institutions that have imposed unfair economic policies.

This was a referendum on a failed economic regime that has been unable and unwilling to provide for all its citizens as opposed to the very few.

Voting to remain in the EU was seen as a tacit approval of the institutional status quo.

In this age of financialization and of neoliberal economics, the rich have become richer and more powerful, thereby extracting a greater share of the proverbial economic pie.

They have influenced policies in ways that have become all too familiar.

Since the early 1980s, the focus of policy has been privatization, deregulation and liberalization. As a result, profits have soared, but wages have remained stagnant at best. Income inequality has increased to levels not seen since the 1920s.

In Europe, institutions like the European Union were carefully designed to encourage and protect the mantra of free-market economics. The overwhelming preoccupation of the EU has been to protect the interests of finance.

This was on full display during the bloc's negotiations with Greece.

In this instance, Greece was brought down to its knees for daring to talk back to the Great and Powerful Oz.

During all this, workers have remained largely silent.

Since the financial crisis of 2007-08, they have tried to express their frustration through such movements as Occupy Wall Street, only to be silenced.

Those in power have refused to listen to the complaints of the working class, and continued to impose austerity in the name of sound finance.

I must confess, the result was predictable. Yes, there was some xenophobia involved, but this too was the result of failed economic models.

There is increasing research on the relationship between income inequality and poverty, and the rise of far-right political parties.

As inequality rises (along with poverty), voters are more willing to listen to rhetoric that lays blame on "others." Populist movements all over Europe are reaping the benefits of such anger.

The same phenomenon is playing out in the United States with Donald Trump, as well as in France, Italy, the Netherlands, Belgium, Sweden, Denmark, Greece and Germany.

In many of these European countries, there are now cries for their own referendums.

Europe will not be the same. And we must lay blame where blame is deserved.

Yet the political left must bear some responsibility as well for its failure to clearly articulate a legitimate and credible alternative to the dominant view.

Instead, it has largely accepted to play within the rules of the game written by the right: It has continued austerity policies, furthered the deregulation and financial liberalization agenda and paid lip service to income inequality, to name but a few policies. (We have fared a bit better in Canada under our new government … so far.)

I predict that most forthcoming analysis will miss the mark completely.

It will seek to blame xenophobes and not come close to questioning the very economic policies that have marginalized and alienated voters.

The rise of the far right is the working classes' way of telling us they are not happy with the economic status quo.

The real questions have also been ignored, because to ask the right questions will require some tough self-examination, and once you pull on that thread, who knows what will come loose.

Who will be brave enough to pull on that thread?

Opinion
Four things you should know about Brexit (and beyond)
June 28, 2016 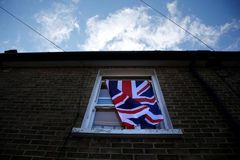 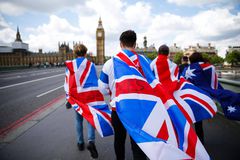