Christine Duhaime is a financial-crime lawyer in Toronto and founder of the Digital Finance Institute, a fintech think tank.

Two weeks from now, I appear before the United Nations law and policy group to discuss the regulation of bitcoin, the blockchain and digital finance, which are at the cutting edge of financial technology.

It's appropriate that they asked a Canadian lawyer to speak, because we know about balanced financial regulation – 18 months ago, Canada moved to overregulate fintech with the world's first law governing digital currencies, enacted amid concerns about terrorist financing.

Overnight, we drove away hundreds of millions of investment dollars in fintech from Canada, money that went to Britain instead.

Financial regulation is a powerful tool. If not balanced and properly implemented, it can have devastating effects on an economy.

It can also discourage financial innovation.

Equally problematic, it can have devastating effects on whole groups of consumers by denying them banking services. When the world banks terrorists, such as the Islamic State, but won't bank refugees, we should all agree that it's time for a new approach to financial regulation.

Technology is forcing a fundamental shift in finance as the world moves to mobile digital finance and artificial intelligence. Physical banking at branches will disappear, as will thousands of high-paying Bay Street jobs. If Canada were to invest in fintech, it would help the country keep pace with this changing landscape and ensure that we create new finance-related jobs as banks go digital. But Canada can also do more by developing fintech so that it helps save the lives of countless refugees while putting a significant dent in terrorism.

Let's talk about terrorism first. The two keys to the Islamic State's rise and success are terrorist financing and social media. The counterterrorist financing (CTF) laws that governments impose on banks were designed to stop the rise of terrorism by cutting off terrorists' financing capabilities – only they didn't, as Paris shows only too well.

The Islamic State continues to be well-financed and has access to banking.

Moreover, it obtains funding in new ways, through social media sympathizers around the world. Modern terrorist financing is now digital; yet, the counterterrorism detection techniques we use have not kept up. If we can deny terrorists financing and access to the financial system, we cripple them. No organization can last long without a bank account.

I believe Canada should invest in establishing a public-private financial crime centre for research into digital CTF. It's the most effective fintech we can create – it would create finance jobs, develop a pool of financial crime lawyers, digital technology scientists and innovators and take the lead on creating fintech that Canada can export to turn the tide on terrorist financing. Unlike a physical armed response to terrorism, CTF expertise is a renewable response that can be deployed again and again.

Instead of boots on the ground, it would be more beneficial to have Canadian fintech on the ground in Syria and Iraq fighting terrorist financing. We have to be smarter about this.

Now, let's talk about the refugee crisis. There are 60 million refugees and not enough humanitarian aid to save them all. More than 3.3 million Syrian refugee children are out of school. They leave because their parents are destitute and can't afford the collateral costs of schooling – things such as books and paper.

Even if they could afford it, they often choose to make their children work illegally to help buy food to survive. A Syrian refugee family in Lebanon lives on $3 a day, less than the cost of your latté.

Canadian fintech has another role to play here, too. UN agencies, governments and NGOs spend billions of dollars in humanitarian aid every year to support the soaring costs of the refugee crisis.

There are multiple problems with the existing aid delivery system. It is archaic, multilayered, inefficient and, in the case of cash payments, can result in money being siphoned off to third parties in order to get cash into refugees' hands.

After they flee their homes, refugees become financially excluded. They leave behind bank accounts they can no longer access. They cannot access banking services where they settle because they lack the identification papers our financial regulations require. Like other poor people, they are often denied bank accounts because of their poverty.

Compounding the problem, hundreds of thousands of refugee children become the heads of their households, taking care of younger siblings – and because of their age, they cannot get banking services, even if they have ID.

Creating a refugee bank to provide financial inclusion for 60 million people is an ambitious idea, but one whose time has come. We have direct demand from NGOs for Canadian fintech refugee solutions. Every dollar saved with more efficient refugee payment systems, or access to banking, is a dollar more in the hands of refugees that can allow a child to go to school or survive for another day.

As Canadians, we were troubled by the tragic story of Alan Kurdi, the toddler who was denied asylum in Canada and later lost his life migrating to Europe in the least expensive but riskiest way possible. He and his family paid a terrible price for their lack of financial inclusion – we should ensure that other refugees don't have to face that kind of choice.

My message to the UN? Develop fintech financial regulation that accommodates financial innovation and financial inclusion. We need to close the books on laws that bank terrorists but not refugees. 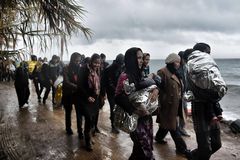 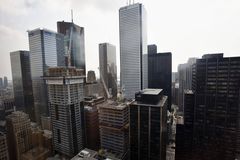 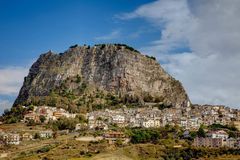