Patrick Luciana is the co-author of XXL: Obesity and the Limits of Shame, which was short-listed for the Donner Prize in 2013

There is no question that Mexico faces an obesity and rising diabetes crisis. The average Mexican drinks 163 litres of soft drinks, compared with 70 litres per capita in Canada.

Advocates of higher taxes on sugary drinks have long waited for the final results on Mexico's 10-per-cent tax, launched in January, 2014. But they will be disappointed by the results.

A study recently published in the British Medical Journal found that sales of sugary soft drinks fell by 6 per cent in 2014, while the consumption of non-taxed drinks such as mineral water and dairy products (such as milk) increased by 4 per cent. On the basis of that reduction, the Institute of Public Health in Mexico, which co-authored the report along with the University of North Carolina, concluded that the tax is working to reduce soft-drink consumption across the country and in all socio-economic groups. But reducing sales by 6 per cent is not the same as reducing consumption by the same amount.

Even the authors of the study acknowledge that they can't confirm that the reduction in sales was caused only by the tax. In other words, there is no definitive proof that taxes caused the entire fall in soft-drink sales. Other factors, such as slow economic growth and changing consumer behaviour, might be behind falling sales. But more important is the fact that sales of non-taxed items, such as dairy beverage drinks and fruit juices, have gone up. This is no surprise – tax one product and consumption of substitutes goes up, leaving the number of calories consumed pretty much the same. And wasn't the objective of the tax to reduce calories?

Not only was the tax sold on the basis that it would reduce overall obesity rates, which is nowhere proven in the study, but that it was a way to bring down the high levels of Type 2 diabetes in the country. On that claim, the study is completely silent because there is no way to show that the tax has any impact on curbing diabetes.

Economic studies consistently show that taxes have hardly any effect on slowing weight gain. One University of Pennsylvania study estimated that even a 100-per-cent tax on unhealthy foods would reduce body mass index by less than 1 per cent.

The reason is that food, even bad food, is relatively cheap, and a big tax on bad food wouldn't force us to cut back much. Those who support higher so-called junk food taxes naively assume that higher taxes mean less consumption, a relationship that is far from certain.

We also have to deal with conundrum that obesity rates have been increasing while sugar consumption has been declining as in the case with Australia, Britain and Canada.

Now we have a recent study by RIWI, a global survey and risk management company, that found different results from the Mexican study.

It seems that the majority of the Mexican population is in agreement with what economists have been saying all along. As health economist John Cawley concludes in a recent paper for the Journal of Health Economics, there is no dominant cause of obesity and no magic bullet that will reduce it.

What we do know about the Mexican tax, aside from its regressive nature, is that it was successful in raising revenues for the state. In fact, it raised 20 per cent more than originally estimated, which might explain part of the incentive for the tax in the first place.

Given all the attention and enthused reporting on the study in some news outlets, you'd be forgiven for thinking there's plenty of evidence to support beverage taxes. But there isn't. 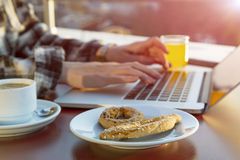 Cooped up in the office? Take a walk outside for your next meeting
December 31, 2015 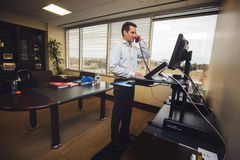