Dan Breznitz is the Munk Chair of Innovation Studies and co-director of the Innovation Policy Lab at the Munk School of Global Affairs at the University of Toronto. He is the author of several award-winning books on innovation and growth.

As Canadians, we are told that our new government has an "innovation agenda" that will foster "innovation culture." This week, Innovation, Science and Economic Development Minister Navdeep Bains told Canadians that: "What I'm most interested by … is the question of how a government can cultivate a culture of innovation and entrepreneurship. How can we put in place the right conditions for innovation? Specifically, how can we do it in a way that ensures that the Canadian economy remains at the leading edge?"

So far, so good. Pundits have lined up to explain how we need to strengthen intellectual property rights, enlarge the pool of risk financing, expand accelerators and incubators and push for better collaboration with industry and between universities.

Here's the problem: These approaches completely miss the key difference between a national innovation policy and economic growth policy. This is a problem because Canada urgently needs proper innovation policy in order to maintain its prosperity.

In the 21st century, prosperity comes from ideas commercialization throughout the private sector – high tech to low tech, agriculture to services. Countries that innovate prosper; countries that do not decline. We know that without public intervention to create an ecosystem enabling our innovators to make money here, we will have less innovation than we need for prosperity. By confusing general growth policies with strategic innovation policy, Canada risks falling further behind globally.

The aim of growth policies is to entice people or companies pursuing specific, well-developed activities to move or create businesses in your jurisdiction. By handing out public money, a government can entice foreign companies to open new campuses and create jobs in "innovation industries." Singapore and Ireland achieved rapid economic development this way, and Canadian governments have tried to. Yet this approach does not help foster domestic innovation.

The aim of innovation policy is to foster the development of industries, products and services that do not yet exist and whose business models and markets have yet to be created. Organizations and individuals capable of inventing these technologies must be attracted or developed, and the results of their labours must be channelled into economic growth.

That means we cannot use a process of long-term planning. Instead, we need continuous experimentation. Policy makers must rapidly come up with new initiatives, kill those that don't work, scale up those that do and then keep changing incentives to keep pace with growing, dynamic industries.

Israel has a few things to teach Canada on this front. In 1968, when Israel decided that a science-based economy was its future, there were just 886 research and development workers with academic education in Israel's civilian sector. The country's ratio of R&D investment to GDP was 1 per cent – equal to Canada's rate today.

Israeli leaders decided to build an economy whose competitive advantage would be based on continuous invention of high-margin products and services for global sale. Over the next 40 years, their country became the example of innovation-policy experimentation. The office of the chief scientist in the Ministry of the Economy has aided in the creation and support of companies capable of carrying out inventions. Officials have identified growth bottlenecks and developed policies to solve them.

For example, in the mid-1970s, policy makers realized that Israeli entrepreneurs might not have the knowledge to develop, sell and service products for the U.S. market, so they created the Binational R&D Foundation to finance joint development of new products by U.S. and Israeli companies, with the American firms focusing on product definition, sales and service, while the Israeli firms focused on R&D. Since then, BIRD has contributed to more than $8-billion (U.S.) in sales of products and services.

By the early 1990s, Israel had created 4,000 companies with products and revenues but no financiers willing to help scale them up. Officials created the Yozma program to kick-start the Israeli venture-capital industry, infusing it with foreign know-how and connections to Nasdaq.

In the 1960s, no one knew what technologies and innovations would allow Israeli companies to succeed in 2016. But the creators of these policies had a clear vision of the economy they wanted and were willing to tweak their actions to fit their desired outcome. This deep commitment is why Israel is now called the "innovation nation." Since the 1980s, each and every case of rapid-innovation-based economic growth has its origin in policy makers' clear vision of developing an innovation-based economy.

Canada needs to understand where we are and where we want to be in order to know which strategies to apply, where we need to experiment and when we need to change policy as the industry evolves. This won't be easy to achieve in the Ottawa bubble. The founder of one of Canada's most promising tech startups, Wattpad, was recently quoted in this paper as saying: "If you asked people in Parliament to raise their hands if they've run Internet companies, nobody would." Are those MPs at least talking with the people who run such companies to understand how to enable more Canadians to create and run innovative companies?

Canada needs leaders with the vision to ask the right questions, the willingness to work with the right people and the courage to take risks to get there. We need to admit that past approaches to innovation have failed us. Innovation needs both grand visions and risk-taking – for the first time in Canadian history, let us have both. An innovation policy without vision is the usual Canadian non-innovation policy. Trying to turn our grand new vision into reality without constant experimentation will be a waste of public money. 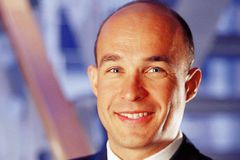 Opinion
Why devaluing stock options would be a disaster for startups
February 4, 2016 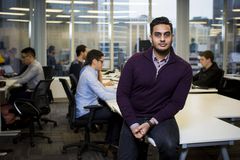 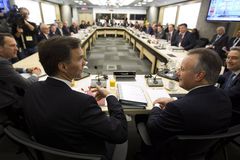