The election results are in and the Liberals have won a majority government. Since most of the polls were predicting a minority, the clear majority takes off the table a lot of economic questions about the new government.

Over the very short term, there will be questions about market reaction to the election, but any reaction, be it positive or negative, will be short-lived before markets returns to their normal volatility.

There will be more questions about what this result means for the wider economy. Over the short term, the results mean very little. The path of the economy over the next few years will have been set by policies of governments past, along with current factors, like commodity prices and exchange rates, that are well outside any government's control. Over the short term, the government can simply react to these conditions, not influence or change them.

Liberal Leader Justin Trudeau established his game plan for his first 100 days, which was focused on two things. First, he would follow through on proposed changes in statutory tax rates: a drop in the middle income-tax bracket from 22 to 20.5 per cent, and the implementation a new tax bracket of 33 per cent on income over $200,000. The Liberals predict that the new bracket will raise about $3-billion, which will be used to pay for an ambitious and progressive child care benefit.

On the surface, it does not seem like much of a hardship for wealthy households to bear, but what have been missing from the conversation is that this tax increase comes at a time when several of the provinces, including Alberta and Ontario, are also raising tax rates on high-income earners. The combined effect will be a large increase in their tax liability over a very short period of time. It is the combined rate that these individuals will be reacting to, and their reaction is likely going to be stronger than that anticipated by the new Liberal government. While the Liberals have promised to crack down on the abusive use of Canadian-Controlled Private Corporations as a means to avoid taxes, there are many other means of evading taxes.

As a result, a couple of big questions arise. What will be the full effect of this tax change, in parallel with those of the provinces, on the revenues of both levels of government? And should revenues fall short of expectations, what is the fallback source of funds for the new Canada Child Benefit?

Mr. Trudeau's second priority is to work collaboratively and co-operatively with the provinces to develop a climate-change policy. This includes bringing the provinces to the United Nations Climate Change Conference in Paris, which begins Nov. 30, followed by a first ministers' meeting within 90 days of that.

While some fear that environmental policies will impede short-term economic growth, such a view is short-sighted – we can no longer afford to ignore the environment without facing long-term economic consequences. The question, however, is whether a new Liberal government can address, in such a short period of time, the apprehension many provinces have about working with the federal government. Given past experiences, along with the provinces' own history of bickering with each other, can they begin to take the actions that need to be taken, such as introducing a carbon tax? And are voters across Canada ready to embrace such bold action?

The election results also show that we continue to be a geographically divided country in both policy and party preferences. While many will dismiss Monday's results as being about change and not policy, this is arrogant and naive. These differences are real and matter a great deal to our economic well-being.

Partisan animosity has increased in Canada and many partisans, regardless of their stripe, naively believe that the policies of the party they don't support threaten the country. Many derided Conservative Leader Stephen Harper for not being more inclusive of opposing views, yet the election brought out the worst in all the parties, to some degree. Most Canadians want to see their government to embody that diversity, not dismiss it, because in that diversity lies strong social, environmental, and economic policies.

The true testament to Mr. Trudeau's ability to lead collaboratively will lie in bridging this divide, or at least in respecting these differing preferences. Doing so will take a fair amount of maturity, but the economic benefits can be large. 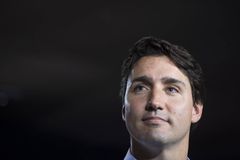 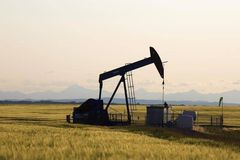