Canada's labour force has become more diverse, but visible minorities as a whole still struggle to achieve parity in the labour market. Even accounting for differences in individuals' characteristics, the data show that the slow process of integration for immigrants merits special attention.

Education, work experience and occupation play important roles in earning outcomes, but they are not able to fully explain the earnings gap experienced by visible minorities.

Discrimination is often blamed for the remaining part of the gap. However, that answer is too easy. When we examine the economic outcomes of visible minorities in more detail to identify the root causes of the gap, we see that these outcomes depend more specifically on place of birth as well as race.

Visible minority immigrants face challenges such as language barriers, absence of Canadian work experience and lack of recognition for foreign education and experience that can affect their earnings. Immigrants' literacy and numeracy skills in Canada also lag non-immigrants', despite the large proportion of immigrants with university degrees. My recent study identified language ability as a major factor in immigrants' skills gap.

Further, a C.D. Howe Institute study showed that foreign-education quality affects the earnings outcomes of immigrants in Canada. Many studies fail to account for skills gaps and quality of foreign education in explaining part of the racial earnings gap, even among immigrants, because of lack of sufficient data. Thus, they may tend to interpret the results as the outcome of discrimination.

Further, the geographic distribution of visible minorities can affect earning outcomes differently. Most visible minorities (56 per cent) reside in Canada's three largest metropolitan areas: Toronto, Vancouver and Montreal. The recent census reveals that visible minorities together represent "visible majorities" in some municipalities, such as Toronto (51.5 per cent), Markham (77.9 per cent) and Brampton (73.3 per cent). A study suggests that the growth of visible minority residents in a city has positive impact on their earnings. Conversely, however, another study shows visible-minority enclaves in a neighbourhood slow the integration process.

The overwhelming majority of visible minorities are South Asian (25 per cent), Chinese (21 per cent) and black (16 per cent). Labour market disparities also vary among these ethnic groups. Chinese employment earnings, on average, are 91 per cent of non-visible minority earnings while black earnings are about 73 per cent, according to the 2016 Census.

The visible-minority population will grow faster as Canada admits more migrants – most of whom will be visible minorities – in the coming years to maintain long-term economic growth in light of a rapidly aging demographic.

A strong economy needs a strong labour force with full participation of visible minorities. But this will require speedy integration of visible minority immigrants into the Canadian labour market. Without eliminating the barriers facing marginalized ethnic groups, combined with well-designed selection and settlement policies, such as stricter language screening and more accessible skills and language training, Canada will fail to capture all the potential benefits of a diverse labour market.

Parisa Mahboubi, PhD, is a senior policy analyst at the C.D. Howe Institute. 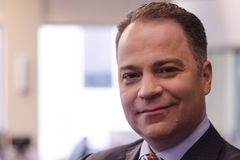 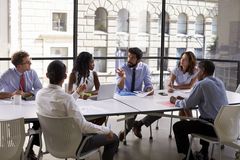 Opinion
As a new citizen and visible minority, I’ve found Canada’s strength
July 2, 2017
Follow us on Twitter @globeandmail Opens in a new window
Report an error Editorial code of conduct