With Greece on the verge of default, we're about to learn how little has really changed since governments around the world wrote the last round of bailout cheques to prop up failing financial institutions. Just as the collapse of the U.S. subprime mortgage market rippled into nearly every corner of the global financial system, so too will a pending default by Greece.

A look at Greece's borrowing history shows that defaulting on debt obligations is nothing new for the country. Over the last two centuries, Greece has been in a state of default more than half the time. What's different today is the interconnected nature of the global financial system. In the past, a default was a traumatic event for financial institutions with direct exposure, but it didn't pose a threat to the rest of the world. Unfortunately, that's no longer the case.

A Greek default would send shock waves through Europe's banking system. Massive write-downs by banks are sure to be followed by even larger taxpayer-funded bailouts. Similar to the response to the subprime crisis, governments will argue that some institutions are simply too big to let fail.

But the cost of bailouts won't be limited to Europe. A Greek default would start in Athens, but it wouldn't be long before it's felt in Paris, Berlin, New York and Toronto. In today's intertwined financial markets, everyone has exposure to everyone else's problems.

Consider your own seemingly sleepy neighbourhood bank—it may not be as safe as you think. Its investment division may have entered into a swap agreement with a financial institution in Europe. That institution could have a Greek subsidiary that holds Greek bonds (soon to be worthless) as part of its banking reserves. A Greek default could force the subsidiary into bankruptcy, which would in turn blow up the balance sheet of the parent bank in France or Germany. Before you know it, Greece's delinquent borrowing habits will end up rolling across the Atlantic and on to your bank's doorstep.

The market volatility stemming from a Greek default might also torpedo the hedging strategies implemented by your bank's proprietary trading desk. Just look at the $2-billion loss JPMorgan is now swallowing for evidence of how quickly a hedge book can go offside. And by no means is JP Morgan alone. Swiss-banking giant UBS took its own $2.3-billion hit last year after the market moved against the bets made by a rogue trader.

The proposed Volcker rule, which will restrict a bank's trading activities, is a step towards restoring sanity to financial markets. In my new book, The End of Growth, I argue that resurrecting the principles laid out in the Glass-Steagall Act, which erected walls between deposit-taking institutions and investment banking, would be an even larger step.

The subprime crisis should have triggered regulatory changes designed to safeguard taxpayers from the need to continually bail out imprudent banks. It didn't. If a Greek default comes with a silver lining, it may just be to galvanize regulators into taking action on reforms that are long overdue.

(Jeff Rubin is an author and former chief economist of CIBC World Markets. His latest book is " The End of Growth." Read more from Jeff Rubin on his Globe and Mail page.) Opinion
What happens when oil becomes unaffordable?
May 2, 2012 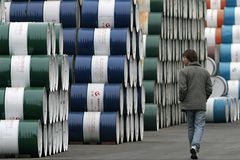 Opinion
Without growth, there's only one ending to euro debt crisis
May 9, 2012 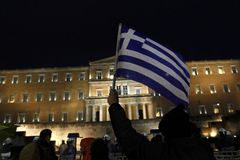