Peter Misek is a partner at the Business Development Bank of Canada's Venture IT Fund.

This week's Apple earnings announcement confirms what many have been predicting: a smartphone sales slowdown. The epic smartphone wars that fuelled the tech markets and media coverage for the past decade are abating and shifting.

So what will replace them? What are the emerging battles that markets and media will care about next? There are three areas with the potential to transform tech to the same extent that smartphones and the cloud already have.

The first trend directly affects Apple and the other smartphone manufacturers. As the market for smartphones has reached a saturation point in developed markets (penetration is more than 90 per cent in the United States, Canada and Western Europe) and even in places such as China (more than 75 per cent), new features and functionality are being deployed in an attempt to maintain the upgrade momentum that has fuelled sales. Hundreds of billions of dollars are at stake in the smartphone war, which is now likely to shift to a battle over display technologies.

I believe a newer display technology is about to mature and enter a key tipping point: organic light-emitting diode (OLED) screens, which are bendable and will eventually be perfectly foldable. Imagine a smartphone that's, say, 5 1/2 inches in your pocket, but unfolds to more than 11 inches. This could be the killer feature that causes a vast chunk of the market to upgrade. What does this mean for the tech sector? In this particular battle, it appears that Samsung and LG may have the edge, potentially causing significant shifts in the profitability of manufacturers and suppliers. But over all, smartphone industry profit is likely to fall.

Second, a well-known and seemingly well-understood technology war is the social and search battle between Facebook and Google. But that battle is about to break out into a major new war for ad revenue, through networks such as Google AdSense.

A bit of history on where Facebook is coming from: Facebook entered the mobile ad space in 2013, when it acquired Atlas Solutions. Facebook then married its 1.5 billion profiles to Atlas on an anonymous basis to make a mobile ad network called Facebook Audience Network. FAN excelled at providing contextually aware and targeted audiences for advertisers, propelling market share to more than 50 per cent in less than two years.

How did this happen? Facebook was able to deliver the exact audience advertisers wanted. Trying to sell a new first-person shooter video game? Facebook can deliver an audience of 28-year-old to 35-year-old males with a demonstrated preference for this kind of game. For this, it charged between two and 10 times the standard ad rates, but advertisers were thrilled with the results. Facebook, which has been testing a new comprehensive platform that connects with both the Internet and mobile apps, is now set to widely release an updated, desktop version of FAN that will now compete head-on with Google. What does this mean for the tech world? The value of an audience is about to increase dramatically, as Facebook offers advertisers significantly more than the same old anonymous audience. Content is about to be king again.

The third trend comes from the highly technical and complicated world of semiconductors, which power the entire tech world. A battle that has been waged in mobile is about to enter Intel's fortress: the data centre. The majority of Intel's profits come from the sale of semiconductors that power servers in vast data centres around the world. The largest customer in this segment is Amazon, through Amazon Web Services (AWS), the cloud provider used by the majority of startups to run their infrastructure. As an example, that Netflix show you watched last night was delivered thanks to AWS. This business has been a real boon for Intel and has masked the awful economics in the PC business and the real lack of traction Intel has had in mobile

But AWS has recently begun manufacturing their own semiconductors using a licence from ARM Holdings, which employs the same technology that powers more than 90 per cent of the planet's smartphones. To manufacture their own processors, they have taken this special licence and are using TSMC, the same folks who manufacture the A9 processors that power the iPhone. While this trend is just in its infancy, it does have very serious ramifications across the technology world. Most fundamentally, if this trend does accelerate, then the cost of processing power on AWS is about to fall dramatically, since the cost of these new processors is more than 80 per cent less than Intel.

What does all this mean? For investors, it means the public markets in the tech sector are likely to be very volatile in certain areas, such as smartphones. For others, it may mean that the traditional tech narrative is about to change. 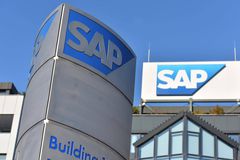 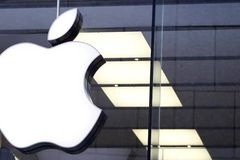