There are now so many cases and investigations being mounted against the social-media and tech giants in Europe that it's difficult to keep track. And the EU's General Data Privacy Regulation, set to come into force next year, will only increase the pressure with fines of up to 4 per cent of global turnover for egregious offences.

Meanwhile, a flurry of antitrust inquiries are under way in European Union countries, with France investigating the online-advertising market and Italy and Germany each conducting separate investigations into how Facebook collects personal data.

The really strange thing (for anyone who understands the tech giants' business model) is not that they are being investigated in Europe, but that the U.S. Department of Justice and Congress are indifferent both to the colossal market power of the tech giants and their cavalier attitude to private intellectual property and personal privacy.

American politics has been imprisoned lock, stock and barrel by the tech industry. The task of regulating it and providing judicial oversight has been delegated to the European Commission.

The reason is in part philosophical. The United States has chosen to believe that your personal data – your shopping behaviour, your pastimes, your sexual orientation, your friendships, your travel patterns – are a natural resource, a bit like the fish in the sea or the oxygen in the atmosphere, to be mined, sucked up with a huge vacuum hose and exploited at will.

This is the corruption of the American obsession with personal freedom – instead of a protection against censorship, it becomes a licence to exploit individuals for personal gain. While ordinary Americans continue to indulge their paranoid obsession with government control, they are happy to allow Google and Facebook to monitor even the most intimate details of their lives and turn that information into dollars and cents.

The world used to be divided into three parts – the first was the rich capitalist segment made up of North America, Western Europe, Japan and Australia; the second was the Communist aberrations of the USSR and China; and the Third World was the largely impoverished rest.

In the 21st century, that struggle for economic supremacy between capitalism and communism is now largely over, but it has been replaced by another ideological struggle between those who regard the Internet and cyberspace as a sort of wild West frontier and those who think that in a civilized world, the Internet, like any other social space, must be subject to rules of behaviour and the protection of individual rights and property.

Curiously, the U.S. view, that Big Data is just like the 19th-century American prairies, (free to claim by any stakeholder and to hell with the Indigenous people) is not far from the perspective of the Russian government, although for different reasons. But the battle will soon be joined. It is interesting that, even while in the grip of its Brexit libertarian obsession, the British government has voluntarily opted to entrench the GDPR regulation into British law and is seeking even more concordance with EU data law in the future.

No doubt the United States still thinks its libertarian data-mining tech industry is in the first part of the world while Europe is the controlling second-part mistake. My guess, however, is that the United States may soon find itself treated as the aberration while the rest of the world makes its choice, choosing to be in the wild West or behind the Great Internet Wall of China or under a civilized canopy where your personal privacy and integrity counts for something.

How you can protect your company from a data breach
August 30, 2017 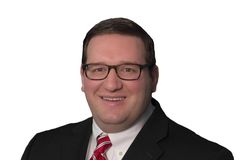 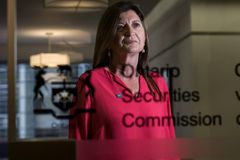