Daniel Muzyka is chief executive officer and Glen Hodgson is senior vice-president and chief economist of the Conference Board of Canada.

As the federal election campaign gets into full swing, the Conference Board of Canada has prepared a series of primers for Globe readers on the top economic and social issues our next federal government must address.

Canadian economic growth has been steady, if muted, over much of the past decade, and the future doesn't look much brighter. Why? One of the most prominent structural factors affecting economic growth is demographics – the aging of a population and work force. We have been talking about coming demographic forces for many years, and population and work-force aging are now at our doorstep. The impact will be felt across Canada as knowledge and skills leave the workplace on an accelerating basis.

Two specific demographic forces are at play. First, fertility rates have fallen steadily for decades, to the point where we are no longer replacing ourselves, which is limiting the number of new labour-force entrants born in Canada. Second, baby boomers are reaching retirement age in larger numbers. The participation rate has already declined by two percentage points since the late 2000s and labour-force growth rates are projected to drop dramatically after 2015.

As a result of these demographic forces, a robust Canadian economy can no longer be taken for granted. Due to slowing labour-force growth, Canada's economic potential has already dropped – and will slow further in the years ahead by our estimations to less than 2 per cent annually. We also project material differences in future economic growth potential among and between regions. Atlantic Canada and Quebec will grow slowly, below the national average; Ontario will keep the same pace as the national average; and Western Canada will expand a bit faster due to its slightly younger and increasing population.

These projections have important implications for individuals, businesses and governments. Individual Canadians may view slower labour-force growth as positive, since it will put upward pressure on real wages. In contrast, businesses will be constrained by a tepid domestic market and will need to adapt their operations by investing more in capital to offset the impact of fewer available workers. And for governments, slower growth means a weakening in future tax revenues. In turn, slower government revenue growth will make it harder to sustain valued social and economic programs.

At the same time, an aging population will place unrelenting pressure on some forms of government spending, such as the health-care system. Also, most research indicates that about 30 per cent of Canadian retirees do not have adequate savings (or a pension) beyond CPP and OAS – a growing challenge (or even liability) for governments.

What can be done to offset this aging? Boosting productivity for those currently in the work force and ensuring greater innovation in all parts of our economy and society are at the top of the list. However, Canadian productivity has lagged the United States and other major economies for more than two decades and our innovation results are often mediocre.

Labour market policies are another key area, and there are a number of policy options available if the problem is properly diagnosed. These include:

– Ensuring that Canadian workers have the knowledge and skills needed in tomorrow's work force. In a world with accelerating technological and competitive pressures, all Canadians will need access to continuous education, training and development within a philosophy of life-long learning.

– Improving labour-force flexibility and mobility to fully utilize the existing work force and to allow individuals across the country to pursue opportunities that present themselves.

– Providing an opportunity for all citizens, notably underrepresented groups (such as aboriginals and recent immigrants), to fully participate in the work force.

– Continuing to develop and implement effective approaches to immigration and the full integration of immigrants into Canadian society.

– Creating the best incentives for individuals arriving at retirement age to stay engaged in the work force and for organizations to make innovative use of their knowledge and skills.

The message is that aging demographics are already having a negative impact on our economy's performance. Those who wish to occupy 24 Sussex Dr. should be asked to define their policy ideas for strengthening Canada's growth potential.

Nearly half of Canadians forced to retire earlier than planned, poll shows
July 1, 2015 Demand for continuing education from the 50-plus cohort is growing
June 21, 2015 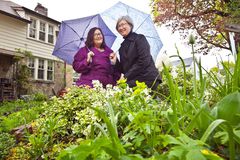