Brad Kading is president and executive director of the Association of Bermuda Insurers and Reinsurers, which represents public-policy interests of 23 global companies based on the island.

The Alberta fire, estimated to have generated insured losses of $3.6-billion, is now listed as Canada's costliest natural disaster. That more than doubles the previous record of $1.7-billion in insurable damages set just three years ago, also in Alberta, by catastrophic flooding. Moreover, a terrible earthquake, predicted by geologists as inevitable for British Columbia, could set horrible new records if it occurred near Metro Vancouver. The obvious question is, who pays in the aftermath? The simple answer: Consumers pay insurance premiums, insurance companies pay claims and economic losses that are not insured come out of government and public pockets in other ways. Someone has to pay. But invisible to most Canadians is the role international reinsurers play in absorbing such massive losses.

Reinsurance is essentially insurance for insurance companies. A Canadian insurer that looks at its customer accounts and believes it has too much catastrophe exposure compared with its capital buys reinsurance for that share of the risk.

From that corporate need has evolved a specialty business that sees global reinsurers assuming the risk of Canadian fires and floods, then pooling it with U.S. hurricanes, British floods, European windstorms and earthquakes in New Zealand, Chile and Japan. These are all catastrophes in the making, and to a reinsurance actuary, they have some common elements – such as sudden or not-predictable events, or those that have an unpredictable loss size. By combining them on a reinsurer's balance sheet, potential losses are spread globally, the risk is diversified and capital can cover catastrophes when they occur.

The larger the loss event, the bigger the reinsurance payout. New York's World Trade Center tragedy was 60-per-cent reinsured; Louisiana's Hurricane Katrina 40 per cent. The same holds true for Fort McMurray. According to published reports, many Canadian insurers ceded large portions of their wildfire loss to foreign reinsurers – some say as high as 85 per cent.

According to published reports, insurers have now disclosed a total of $2.57-billion in losses. Of that, reinsurers in Bermuda, Germany, Switzerland and the United States are paying the largest shares, with European companies undertaking nearly half, about 47 per cent. Bermuda comes next, covering nearly a quarter – $556-million in payments – of Canada's wildfire claims.

Why Bermuda? The mid-Atlantic island is just 54 square kilometres, with a population almost exactly mirroring Fort McMurray's (about 62,000). While tiny, Bermuda is a sophisticated heavyweight in the world of reinsurance, its market rating third-largest after London and New York. Well regulated financially, with tax information exchange agreements in place with Canada and 90 other countries worldwide, Bermuda is home to 15 of the top 40 global reinsurance corporations and boasts a 45-year track record in its commercial claims-paying ability. Notably, its property-catastrophe reinsurance market is now No. 1.

Reinsurance's economic benefit to Canadians is clear: lower insurance premiums. By spreading catastrophe risk globally, consumer rates are less affected, as the bulk of capital to pay claims after fires and other tragic events is imported from overseas. In this way, it's the shareholders of reinsurance companies who suffer the losses – not the customers of Canada's leading insurers.

Opinion
Every business and government should prepare to be Fort McMurray
August 2, 2016 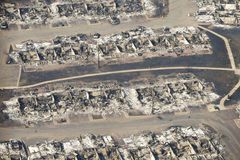 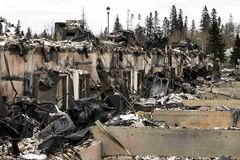